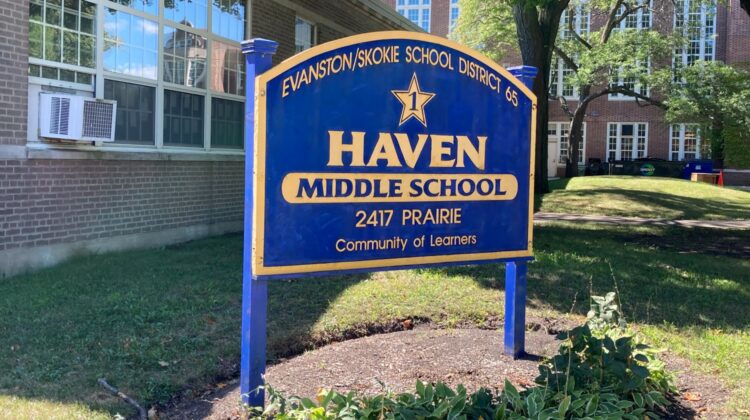 Efforts to hold down the spread of COVID-19 may have the unintended consequence of leading to more fights in school.

Administrators in Evanston/Skokie School District 65 are seeing an increase in the number of fights on campus this school year, according to Elijah Palmer, the district’s dean of culture and climate.

“Just to be quite clear,” Palmer told a Board of Education committee on Monday, “there have been fights this year, primarily at recess and at our middle schools.”

With something like 200 students at recess at a place like Haven Middle School, Palmer noted “with them being outdoors they’re taking advantage of the system” and having fights.

Palmer said there is not enough supervision during lunch and recess, something the district plans to address.

Board vice-president Elisabeth “Biz” Lindsay-Ryan, who said she has been “hearing a lot more chatter about fights,” suggested that the wearing of masks at school, while necessary to prevent the spread of COVID, is also reducing the chance for friendly interaction among students, even something as simple as a smile.

“So much of the connection and validation and positive touch points are lost when wearing a mask,” she said, adding that “some of the COVID protocols are exacerbating the isolation that middle schoolers face.”

Teachers, Lindsay-Ryan said, are necessarily resistant to giving hugs or even getting closer than three feet from a student.

She said the district needs to emphasize how teachers can use their conflict reduction skills while at the same time keeping their physical distance.

One way to start, Lindsay-Ryan said, is by acknowledging “how COVID is messing it up” and then asking “what do we need to do about it.”

If COVID is one contributing factor to fights, another, officials agreed, is social media.

Palmer said social media is where “the beef” between students originates, and then “they bring it to school and have the opportunity during recess to act on it.”

Students already are taught about the potential dangers of social media, and also how to recognize and cope with bullying. Palmer said each school should also have “town hall meetings” for students, to emphasize what behavior is acceptable and what is not.

Another change will include teaching lunchroom staff and monitors about restorative practices, similar to what teachers and administrators already know.

Restorative practices are alternatives to suspension, by utilizing a series of social and community building skills to help students realize that fighting is not the solution to their problems.

While administrators do have an anecdotal sense of more fights occurring this year, a specific count still has to be done.

Palmer said a lot of the issues between students have been resolved through the restorative process, so while there is an increase in fights, it may not be as large as some may think.

Besides numbers, a specific count may also pinpoint where most fights are originating, whether it’s the lunchroom, outdoors at recess, or even in a particular class.

Lindsay-Ryan said it’s important to let teachers know that this information would be used to help improve the culture and climate in District 65, and should be presented to teachers “so it doesn’t seem like a ‘gotcha.'”