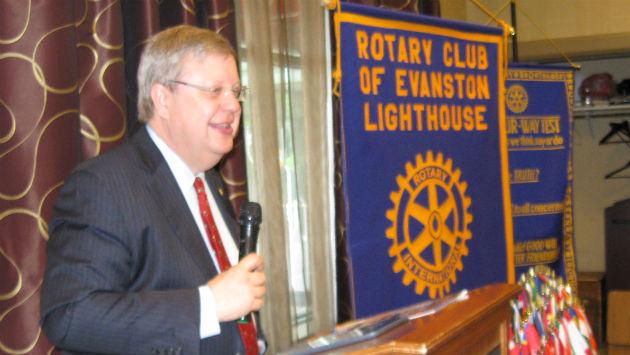 Evanston City Manager Wally Bobkiewicz told Rotarians Tuesday morning that a Chicago-based seafood restaurant has shown great interest in taking over the space at Davis Street and Hinman Avenue that until recently was occupied by the Davis Street Fishmarket.

While he was not at liberty to disclose the name of the interested party, the city manager said that a seafood restaurant in Chicago had expressed an immediate interest in the location to city officials soon after the Davis Street facility announced it was closing.