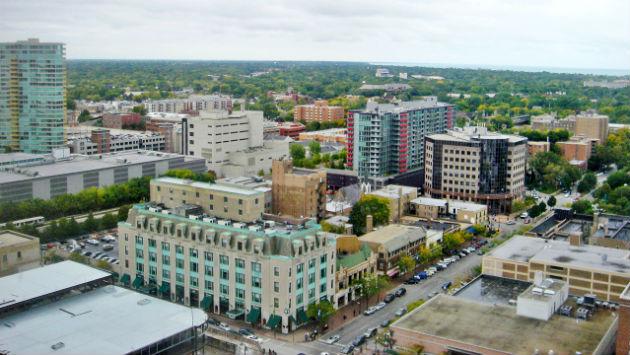 The site's charm index is based on the share of businesses that are locally owned, how highly-rated those businesses are, what kind of institutions and amenities — like colleges, restaurants and museums — are nearby, what's the crime rate, and whether the neighborhood features environmentally-friendly modes of transportation.

Evanston ranked 13th on the list, which featured nine cities in California, along with Cambridge, Massachusetts and Ann Arbor, Michigan, among the usual suspects, as well as some communities that might not have been on your radar — like Tallahassee, Florida, and Providence, Rhode Island.

The ratings are heavily influenced by mass transit access and traditional downtown shopping districts. Look at the accompanying map and you'll find charm pockets in downtown Wilmette and downtown Skokie as well — and much of Evanston away from the rail lines seems barren of charm data.