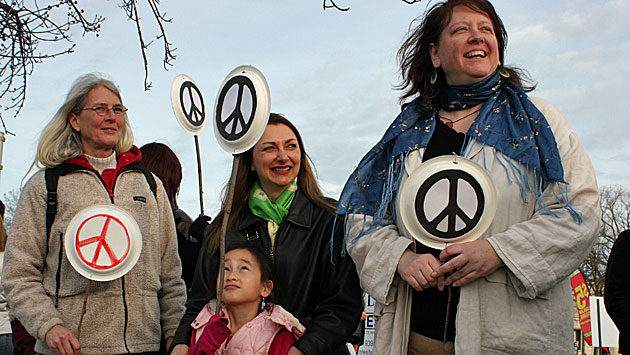 As police prepared to file charges in Friday's shooting at a McDonald's restaurant in Evanston, about 75 people gathered this evening across the street to call for an end to violence in the city.

As police prepared to file charges in Friday's shooting at a McDonald's restaurant in Evanston, about 75 people gathered this evening across the street to call for an end to violence in the city.

Dickelle Fonda, an organizer of the event at the corner of Dempster Street and Dodge Avenue, said the goal was to show young people in the community that shootings and other violence in the community are not OK. "We need to put our bodies where our mouths are," Fonda said.

Police Chief Richard Eddington, one of more than half a dozen officers on hand for the event, said that a teenage suspect in the shooting, an Evanston resident who he declined to identify, will be taken to court in Skokie Monday morning to be charged as an adult with the shooting.

Eddington said the16-year-old victim, also an Evanston resident, is still being treated at Evanston Hospital for the gunshot wound he suffered to the abdomen. Eddington said it appears the wound is not life-threatening, but that with any such injury there is a continuing risk of infection.

The chief said that at this time there are no plans to file charges against any of the other four youths taken into custody Friday in connection with the incident.

He said the shooting stemmed from an ongoing dispute between two groups of teenagers that previously broke out into violence in a shooting last summer near Benson Avenue and Davis Street downtown.

He said the dispute is not gang- or drug-related, but involves two groups of young people — each of which includes youths from Evanston, Chicago and other communities — who have decided to resolve their ongoing disputes with violence. 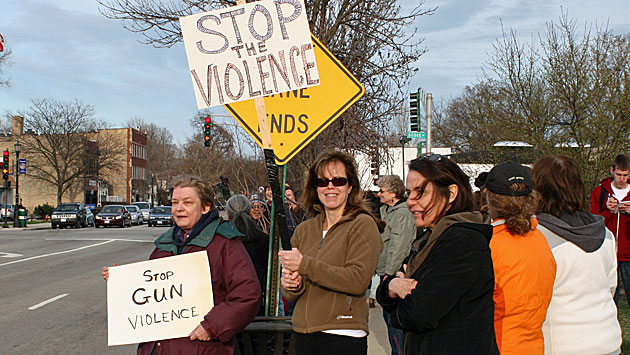 Eddington said events like the vigil are important to demonstrate that its not just the police who are saying violence is wrong.

"Ultimately we can't solve the problem of violence, can't keep it from happening, unless people in the community to talk to young people about how to solve their disputes in other ways."

"We need to talk about why a young person decides he needs to carry a gun and other precursor decisions that lead up to violence," Eddington added.

Top: Colleen Hubbard, Diane and Mia Testa and Nancy Lee of Evanston were among those who turned out for the vigil.