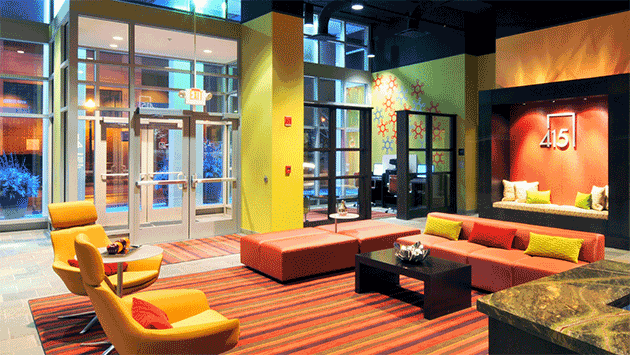 The 17-story apartment building at 415 Howard St. in Evanston has been sold for just over $40.2 million.

The transaction, included in this month's real estate transfer tax report from the city, closed on March 30, and dramatically boosted transfer tax revenue for March, yielding $202,000 in tax — more than half the total for the month.

The new owner is listed as KRE CC 415 Premier Owner LLC, which based on its mailing address, appears to be affiliated with the private equity firm Kohlberg Kravis Roberts & Co.

The Howard Street property has had a troubled financial history. Completed in 2008 as Howard Station and then renamed Skyline at Evanston, it fell into foreclosure after the death of developer Bill Walsh, president of Bristol Chicago Development.

It was purchased in 2010 by Crossbeam Capital LLC and Concierge Asset Management and they managed to increase occupancy at the building to 94 percent from 64 percent.

Topping the 90-percent occupancy level let the developers start receiving a property tax rebate under an agreement with the city.

The new sale prices the 221-unit building at less than half the per-unit price achieved by the 175-unit 1717 Ridge building, which sold less than two years ago, shortly after construction was completed, for $70 million — described at the time as the highest price per unit ever for a suburban apartment development. 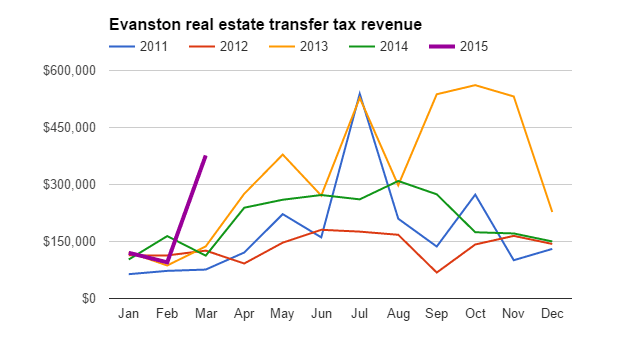 Excluding the 415 Howard sale, sales subject to the transfer tax last month would still have been above the March average for the past few years.

Other sales that topped the million dollar mark in March included: