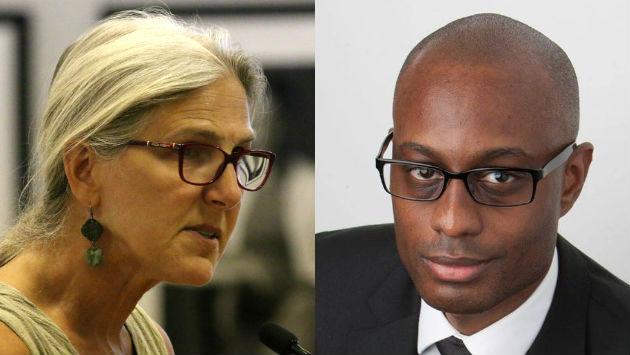 Mayoral appointments — which generally sail through City Council approval without any comment — drew some controversy at Monday night.

Rue Simmons, in an interview this morning, said she was OK with some of the CPCAC appointees, but dissatisfied with others.

She particularly praised Joi-Anissa Russell from the Moran Center, a 5th Ward resident who, she said, has long been involved in criminal justice reform issues.

She said she also favored Karen Courtright, for her recent activism on police issues; Meggie Smith, who she said gone out of her way to make a difference; Jarek Davis, a long-time resident and father of young children, as well as Matt Mitchell, an immigration law attorney.

But she said she was concerned, in particular, about D. Vincent Thomas Jr., who is running as a Republican seeking to unseat long-time U.S. Rep. Jan Schakowsky of Evanston and already sits on the city’s Board of Ethics.

The search, she suggested, should have looked more broadly for community members with experience on the issues.

Thomas is a maritime law enforcement specialist with the U.S. Coast Guard.

As for the Preservation Commission, Rue Simmons said, the new appointees — Jamie Morris and Suzi Reinhold — seemed likely to continue the pattern in which the commission has ignored properties in historically black neighborhoods, especially institutional uses like Foster School and the former Community Hospital.

Update 7:24 a.m. 9/13/17: This story has been updated. While we thought that in the voice vote on the appointments the second no vote came from Alderman Cicely Fleming, Fleming has advised us that it was actually Alderman Judy Fiske who joined Rue Simmons in voting no.