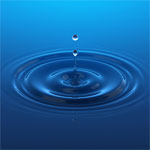 The City Council will be asked tonight to approve funding for an engineering study to explore the cost and feasibility of expanding the city's water system to serve additional communities.

The proposed participants in the study are the cities of Des Plaines and Park Ridge, the villages of Lincolnwood and Niles and the Northwest Water Commission and the Northwest Suburban Municpal Joint Action Water Agency.

Several communities that now get water service from Chicago have expressed interest in getting water from Evanston since Chicago announced rate hikes that will sharply increase costs to $3.82 per thousand gallons by 2015.

Evanston already provides water to the Village of Skokie and to the Northwest Water Commission.

The study would determine the size, potential route, construction methods and preliminary construction costs for a transmission main to supply water to the additional communities.

If aldermen approve, the plan is to issue a request for proposals next month and have the governmental units approve the selection of the firm and the actual costs in June.

The engineering firm would provide a final report by the end of the year.

Some of the other local governments have already approved a memorandum of understanding to move forward with the engineering study, but what city staff describe as "some minor negotiations" are required for others to sign on.

Evanston City Manager Wally Bobkiewicz has said that he sees expansion of the water distribution system as a way for the city to increase its revenues without creating additional burdens for local taxpayers.