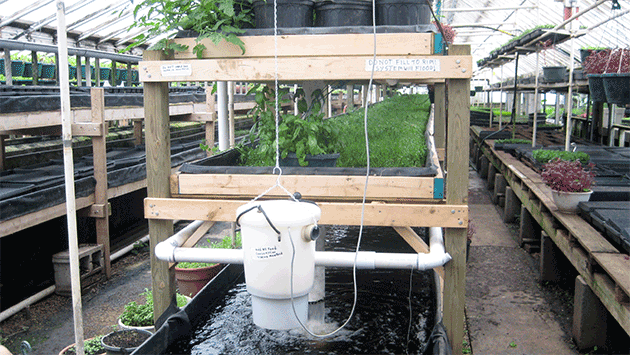 After nearly two years of inaction, zoning that would permit aquaponic farming in Evanston has come back to life.

The Plan Commission last week once again approved a proposal that would permit commercial aquaponics operations as a special use in business, commercial, industrial and manufacturing districts.

The proposal had previously been approved by the plan commission in 2012, but was never acted on by the City Council because of other business on its agenda and the lack of a live proposal to establish such a business in the city.

Aquaponics, which involves raising plants and fish in a symbiotic environment, is currently permitted as an accessory use in any zoning district in the city, but, as an agriculture or livestock operation, is not permitted as a primary use in any district.

The proposed Evanston regulations would be more restrictive that ones in Chicago, which allows such businesses as permitted uses in some business, manufacturing and other districts and as special uses in commercial districts.