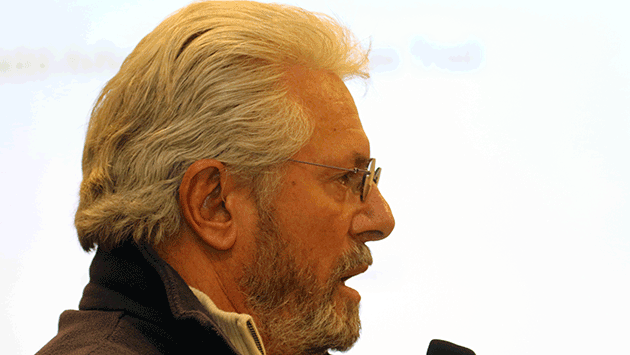 Despite complaints from a few fans of crushed stone, Evanston aldermen voted Monday night to go ahead with plans to replace gravel paths in the Ladd Arboretum with asphalt ones.

Pam Johnson of 807 Madison St. said she was worried that trees would die off if the path were paved.

But Assistant Public Works Director Homayoon Pirooz said that to properly install a new crushed stone path would require excavating deeper for the base that would be required for an asphalt path — and that would mean more damage to tree roots rather than less.

And Public Works Director Suzette Robinson said that one of the big problems with the existing path is that it tends to fill with water when it rains — because the soil in the arboretum is full of clay.

At least with asphalt, Robinson added, the path can be given enough of a crown or pitch so that the water will run off.

Because of the heavy clay soil, no path is actually going to be permeable in that location, she said, unless extensive drainage work was added to the project.

Robinson said another reason for choosing asphalt is that it can be plowed in the winter time so people — including students at Kingsley and Haven schools — can have year-round access to it.

Jim LaRochelle of 2104 Grant St. suggested that students should instead use the asphalt path through Twiggs Park, on the other side of the canal.

It, he said, would provide a safer crossing for students at Green Bay Road and McCormick Boulevard, where there's a traffic signal and a crossing guard.

Now, he said, Haven students tend to cross McCormick at the dead end of Brown Avenue, where there's no signal or crossing guard, because it gives them a slightly shorter walk to school.

But Robinson said having asphalt paving wasn't important just for kids walking, but for bicyclists and people in wheelchairs, who find the crushed stone harder to navigate. She also noted that the canal path through the Skokie Northshore Sculpture Park is also paved with asphalt and that the paved path through the arboretum would become part of a regional bike path system.

In response to concerns raised by Virginia Beatty of 1509 Forest Ave., that the new path might require removal of some trees, Alderman Ann Rainey, 8th Ward, said, "Nobody loves trees more than the city staff and aldermen. We'll watch the plans for the project very carefully."

The City Council's vote was to approve a preliminary design for the project for submission to the Illinois Department of Transportation for possible state funding.