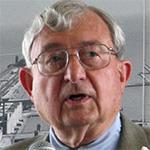 The Chicago Tribune reports that Schiporeit died Thursday at HCR Manor Care in Northbrook of complications from pneumonia. He was 80 and lived in Glenview.

Schipporeit, a pupil of  master modernist Ludwig Mies van der Rohe, was most famous for his collaboration with John Heinrich on the design for Chicago’s Lake Point Tower residential high rise.

But he also designed the Chase Bank Tower at 1603 Orrington Ave., built in 1969, which remains Evanston’s tallest building, and the nearby Rotary International building.

Visitation and services will be Sept. 7 at Donnellan Family Funeral Services, 10045 Skokie Blvd. in Skokie.