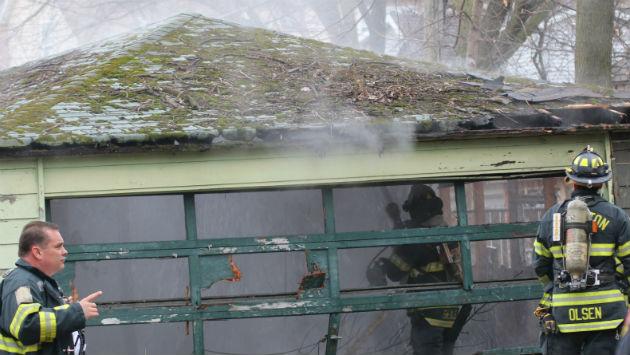 Evanston police are investigating the possibility that a fire that struck a garage in the 1000 block of Custer Avenue this afternoon was intentionally set.

The garage, which it appeared may have been abandoned, was reportedly fully engulfed in flames when firefighters arrived on the scene about 1:30 p.m.

There were reports that witnesses saw youngsters playing around the garage just before the fire broke out.

The response to the fire was complicated after one of the responding fire engines became involved in a traffic accident near the fire scene.

There were no immediate reports of injuries.