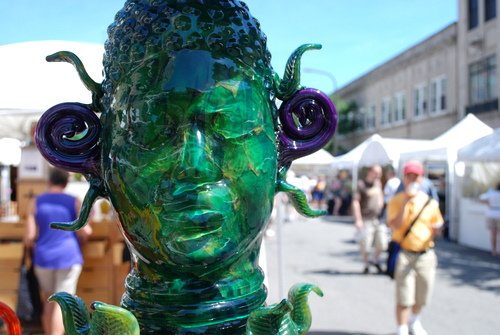 Marlene Rose wouldn’t normally be selling her glass sculptures on the streets of Evanston. This year, though, the financial situation she faces – even as a mid-career, 41-year-old artist – has prompted her to pitch a booth at this year’s Fountain Square Arts Festival.

“In order to survive as an artist, I’ve had to try new things,” she said.

Rose is one of about 240 artists who are setting up shop again on the streets of downtown Evanston today to sell their creations in the festival’s second day, said Jonathan Perman, Executive Director of the Evanston Chamber of Commerce, which runs the event.

Perman has been the executive director for 17 years, but the fair has not changed much in terms of artists or attendants or quality. Last year, an unexpected thunderstorm left seven people injured, but this year forecasts are positive.

At least for the weather – because one thing has changed. This year, fewer artists than expected applied to enter the fair because of the same reason Rose is debuting: the economy.

“People in these days are asking themselves if they should indulge in a piece of art when there are necessary expenses that must be paid,” Perman said. Some artists did not apply because they could not afford to make the trip, he says. 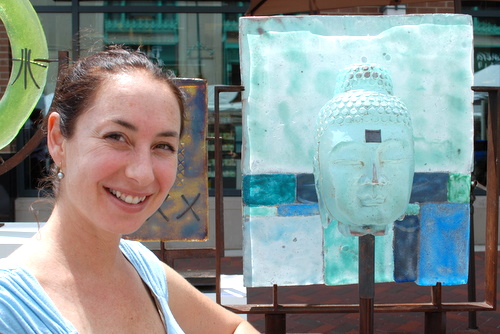 Marlene Rose, 41, stands in front of a glass sculpture she crafted. Her art has spiritual influences, she says.

Rose, however, came to the fair to make money, not lose money on travel expenses. She mainly shows her work to galleries, and, before now, she usually brought her work only to another fair in the Chicago area.

“I wanted to do some other things in this economy try some new ideas and ways in which to get my work out,” she said.

And she doesn’t seem to mind wading from a gallery or convention center.

“It’s been wonderful,” she said after selling a glass sculpture on Saturday. “I like getting out and seeing the response and seeing how people react to my artwork.”

More pictures from the fair 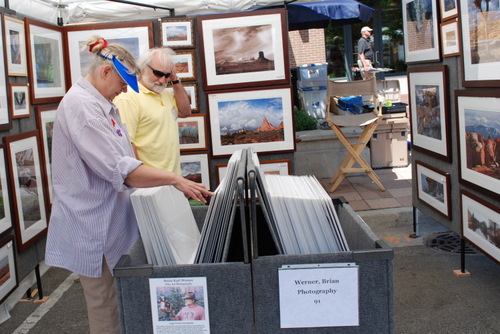 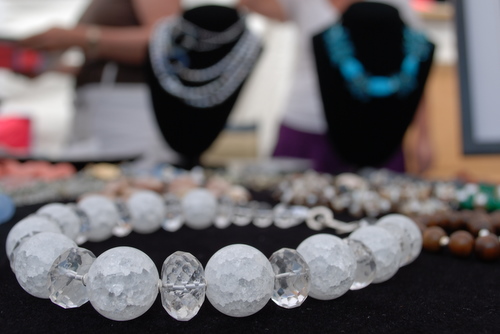 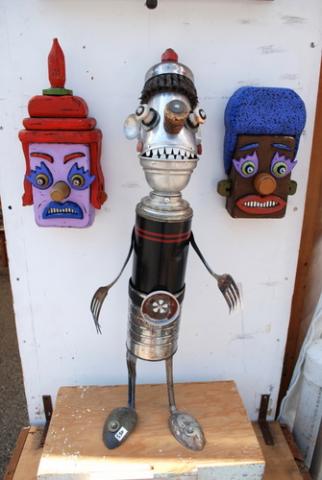