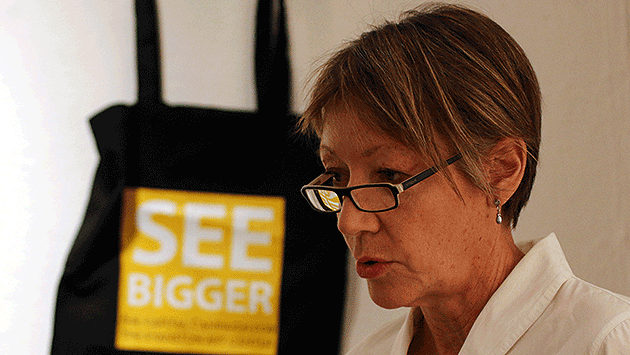 The Evanston Art Center plans to ask city officials to remain in the Harley Clarke mansion through next May, to be able to complete class sessions there before moving to new quarters on Central Street.

At a press briefing Tuesday, Art Center Executive Director Norah Diedrich said the center hopes to begin interior demolition work at the new building at 1717 Central St. within the next few days and have renovations completed by late Spring.

She said that since the group's revenue is largely derived from fees for classes, it needs to be able to continue to offer classes this winter and spring at the mansion until its new space is ready.

Two Evanston aldermen at the event, Mark Tendam, 6th Ward, and Jane Grover, 7th Ward, didn't directly address the center's request to stay over beyond its current January deadline for vacating the mansion, but they praised the center's planned move to Central Street, saying the center would bring new life to that part of the neighborhood.

City Manager Wally Bobkiewicz has said he'll provide an update to aldermen next month on plans for the mansion — which most recently have included negotiations with the state about using it as a headquarters for the Coastal Management Program of the Illinois Department of Natural Resources.

The center closed on the purchase of the Central Street building earlier this month, with $500,000 from its fundraising campaign and a $1.5 million mortgage loan from First Bank & Trust of Evanston. 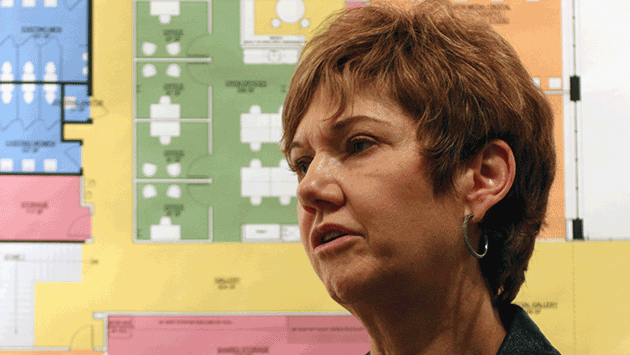 Paula Danoff, with a diagram showing remodeling plans for the new building.

The art center's director of development, Paula Danoff, said the group has raised $1.8 million toward its $2.5 million "See the Bigger Picture" fundraising goal — including a $750,000 anonymous gift and a $500,000 donation from Col. Jennifer Pritzker. 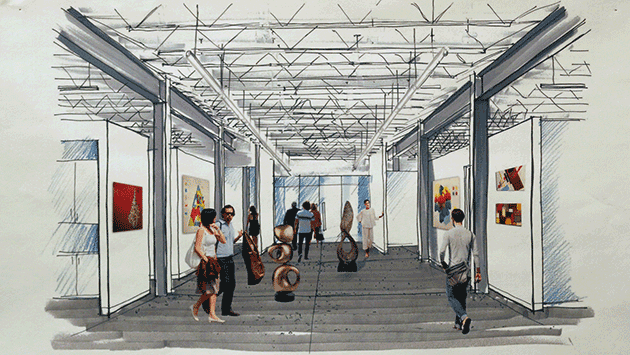 A rendering of gallery space planned in the new art center location.

Diedrich said the center has plans to greatly expand its programming in the new 20,000-square-foot space, including offering cooking classes in a new kitchen that, with movable walls, can be converted from a classroom to a catering kitchen for sit-down dinners for up to 120 people.

The new location will have three studios for youth art classes, a printmaking studio with adjoining darkroom, a new media and digital photography lab, as well as painting, sculpture, ceramics and jewelry studios, in addition to gallery space and a small cafe.

More information about the fund drive is available online.