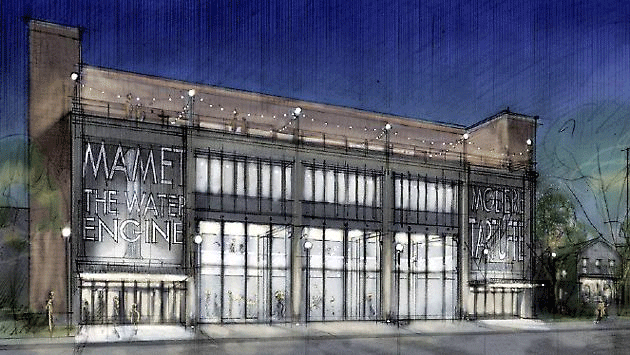 And other than generalities about "public private partnerships" and tapping the university and individual philanthropists, the consultants who presented the Downtown Performing Arts Study at Monday's City Council meeting didn't have much to say in response.

Despite that, Alderman Jane Grover, 7th Ward, said it was important not to shelve the downtown arts study, which was paid for with a grant from the National Endowment for the Arts.

The study was released earlier this month. It suggests creation of three performing arts spaces configured for different uses in the downtown area.

Questions about funding for arts spaces are up in the air, after the City Council earlier this month turned down a plan to create a new home for Chicago's City Lit Theatre on Howard Street after the price tag for renovating the building nearly tripled to $1.7 million.

Alderman Ann Rainey, whose 8th Ward includes Howard Street, has vowed to bring a revised plan for that project back to the council soon.

City Manager Wally Bobkiewicz says the aldermen will also be getting more reports on the arts soon.

He says updated plans for the Piven Theatre's expansion at the Noyes Cultural Arts Center will be presented at a Human Services Committee meeting next week and that a broader report on arts needs across the city, called EvansArts, is scheduled to be finished by mid-March.

"We should be able to have a more complete discussion of next steps after that," the manager said.

Top: A rendering from the downtown arts study of what a theater that might be built on the city parking lot just north of the Woman's Club of Evanston might look like.