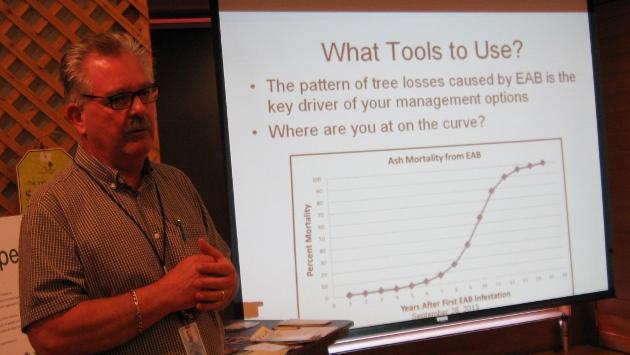 If you lose a tree in your parkway, it is unlikely to be replaced before 2015, thanks to resources being devoted to coping with the pesky emerald ash borer (EAB), according to the city official in charge of Evanston trees.

Paul D’Agostino, assistant director of public works for the past 26 years, was keynote speaker at the Evanston Green Living Festival Saturday at the Ecology Center.

The festival theme was “Preserving and Protecting the Urban Forest,” and D’Agostino, who is Evanston’s general in the war against the EAB, said his last three years have been the most difficult of his career, thanks to that native Chinese insect. 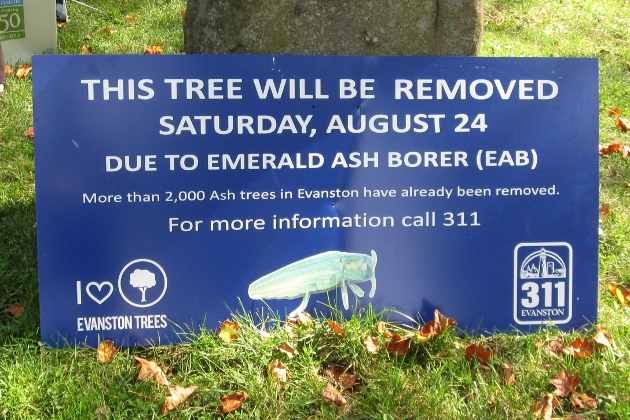 A sign of the times as Evanston tackles the devastation of the emerald ash borer.

Of the 27,000 trees in Evanston’s parkways and countless more in its many parks, some 4,000 of them were ash trees susceptible to the insect’s voracious appetite, he said. In fact, some 100 ash trees in Lovelace Park became infected, and virtually all of them have succumbed to the EAB.

Half of the 4,000 ash trees in Evanston have been removed, D’Agostino said, and he held out little hope for the remaining 2,000.

A number of treatments have been tried, he said, but none has been more than about 50 percent effective. Meanwhile, the infected area “grows exponentially” until now it has spread from Detroit, where it was first detected in the United States, to some 22 states, including virtually all of Illinois, where it first showed up in 2006.

The devastation at Lovelace Park has convinced local authorities to set a maximum target of 10 percent of any one variety of trees to be planted in the city. 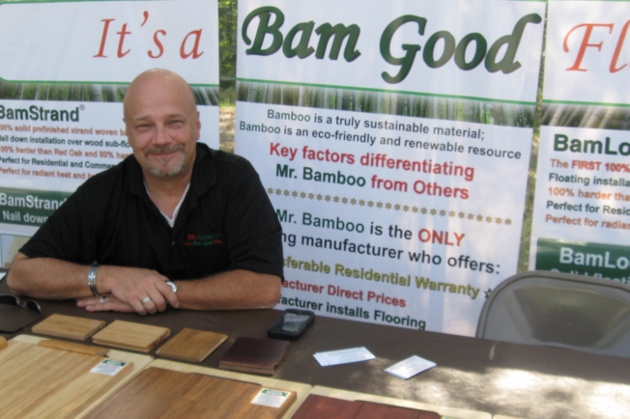 "Mr. Bamboo," Richard Morgan, extols the virtues of bamboo flooring at his exhibit.

The festival, which ran from 9 a.m. to 3 p.m., attracted hundreds of Evanstonians to exhibits designed to help attendees lower their carbon footprint.

Displays included the 128-square-foot “Tiny House” built by Northwestern University students that has now been relocated on a permanent basis to the Ecology Center.

Solar panels, bamboo flooring, hybrid and all-electric automobiles, composting, bike recycling, wind energy, and utility conservation, were all topics being discussed by more than 80 participating green businesses and organizations in what was dubbed the “Green Market.” 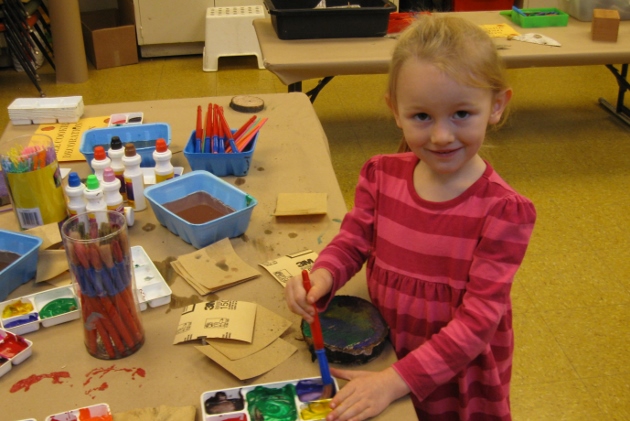 Izzy Presto, 4, in the children's area of the Festival.

There was even an area for youngsters to create tree cookies, make maple seed helicopters, and play environmentally related games