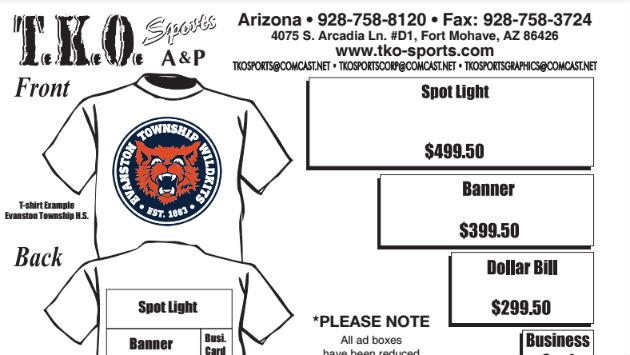 An Arizona-based company has been soliciting Evanston businesses to buy ads on T-shirts the company claims it will provide free for distribution at Evanston Township High School sporting events.

When a caller who identified himself as Aaron Solomon, production manager at T.K.O. Sports, contacted Evanston Now by phone last week, we asked him who authorized the arrangement he claimed to have with the school.

He said it was someone named “Pam,” and promised to email us a copy of TKO’s agreement with ETHS.