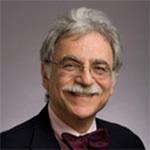 An Evanston Board of Ethics hearing on a complaint filed against Alderman Mark Tendam was postponed Tuesday night after Tendam’s attorney said the board and city staff failed to follow the city code in scheduling the session.

The complaint, filed by Nick Agnew and Clare Delgado, asked the board to determine whether a $1,000 campaign contribution to Tendam from billionaire investor Col. J.N. Pritzker violated the city ethics code and to rewrite the code to bar contributions from people seeking zoning changes.

Agnew and Delgado’s complaint was filed July 12. And, under the code, a person accused of violating it is supposed to be given at least 30 days to prepare a response before a public hearing is held by the board.

Dorf added that the city’s law department also sent him an e-mail saying the hearing had been scheduled instead for Aug. 20.

Deputy City Attorney Michelle Masoncup said Agnew and Delgado had requested the hearing be held sooner than that and the request was granted because “no one was there to object.”

Despite the procedural questions he raised, Dorf said he was ready to defend his client and move forward with the case.

But the board said time was needed to allow Agnew and Delgado a chance to review a motion Dorf presented and opted to reschedule the hearing for 7 p.m. Tuesday, Aug. 13, in Room 2402 of the Civic Center.

Tendam’s husband, Neal Moglin, said the complaint had already unjustly tainted Tendam’s reputation and would continue to do so if the hearing was delayed.

“There is no basis. It is a mean-spirited political ploy and should not have ever been filed and does not deserve this committee’s time,” Moglin added.

Mann said that though she sometimes opposes Tendam on issues, he is “one of the most honest and forthright people in city government anywhere.”

“This is not personal, it goes deeper into the city’s ethics code,” he said. Both Delgado and Agnew said their intent in filing the complaint was to establish a “strong and clear ethical code for Evanston.”

Still, Mann said the complaint had had a chilling effect and might dissuade residents who had previously considered running for public office from doing so.