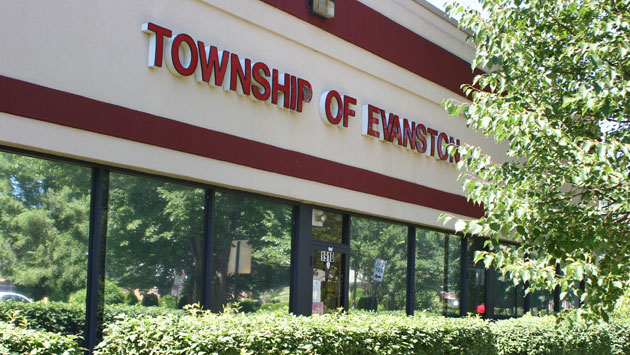 The City of Evanston's Corporation Counsel says voters in the city could choose by referendum to abolish Evanston Township and have the city take over its functions.

However, Corporation Counsel Grant Farrar says, the situation is muddied by the state legislature's adoption of a statute that he says conflicts with the state constitution on the process to be followed.

Farrar says the state constitution provides that voters in a single township can vote to dissolve it.

He says the state election code provides that the township board — which consists of Evanston's aldermen and mayor — could initiate the referendum by resolution.

Failing that, voters could get the issue on the ballot by filing petitions containing signatures of at least 10 percent of the registered voters in the city.

However the township code adopted by the state legislature only discusses dissolution of township organization countywide and requires approval by a majority of the voters in three-quarters of the townships for the measure to carry.

Farrar says a circuit court judge in DuPage county has ruled the super-majority provision unconstitutional. That case did not address the issue of dissolving a single township, rather than all townships countywide.

But, Farrar says that based on general principles of statutory construction, the constitutional provision should prevail when it is in conflict with the statute.

The township board, after months of sometimes heated debate, is scheduled tonight to adopt a budget for the final six months of the township's fiscal year.

The township's $1.26 million annual spending is tiny compared to what the city itself spends, but aldermen have long criticized the township as being inefficient in its spending of taxpayer money.

The board tonight is also scheduled to receive a report from Administrative Services Director JoEllen Earl that says the township could trim its spending by nearly seven percent simply by consolidating payroll and data processing and other services with the city.

The township could reduce its spending by another 6 percent by moving its offices from the current rented space at Dodge Avenue and Main Street into the Civic Center. But the township supervisor and township assessor so far have been reluctant to make that move.

The township's main function is to provide general assistance to indigent residents who don't qualify for other social services programs. Farrar says it appears that the city could take on that responsibility, but that further research is needed to work out the details of how best to accomplish it.