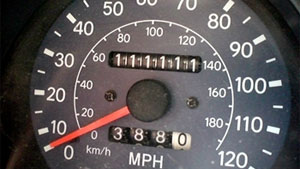 SPRINGFIELD — A new audit says Illinois could save money by having more state employees drive their own cars on the job.

SPRINGFIELD — A new audit says Illinois could save money by having more state employees drive their own cars on the job.

“It doesn’t make sense to have as many vehicles as we do and to give so many people the free use of vehicles,” state Rep. Jack Franks, D-Woodstock, said. “The state needs to tighten its belt significantly and sell these underutilized vehicles.”

Franks was one of three state representatives who pushed for the report released Thursday by the Illinois Auditor General’s Office on the usage of the state’s fleet of more than 16,000 passenger vehicles for fiscal 2009 and 2010.

Factoring in the cost of insuring, storing and maintaining the vehicles, state workers must drive the passenger vehicles a minimum of 7,000 to 12,000 miles annually, depending on the vehicle, for the state to save money.

Otherwise, the report said reimbursing state employees at 51-cents per mile for using their personal vehicles is cheaper.

The state paid $121 million in fiscal 2010 on buying, maintaining and fueling vehicles.

In a sampling of 100 state vehicles under the jurisdiction of the state’s Central Management Services, or CMS, which oversees the majority of the state's fleet, 25 weren’t driven the minimal number of miles, according to the report.

The audit examined five state vehicles that employees could take home overnight in fiscal 2010 in various state agencies. About 44 percent of the reported mileage was for commuting to and from work, which generally isn't reimbursed.

Taxpayers could have saved $13,533 if those five employees had driven their own cars instead, according to the report.

It “should be a very small amount of individuals who can (drive) their vehicles home and use them 24 (hours a day) seven (days a week),” Franks said. “It’s a perk that is unnecessary for vast majority of those that are getting it.”

However, the formula used by the state to calculate the number of miles a state vehicle must be driven to make it a worthwhile investment is based on 2003 figures for the cost of gas. The more fuel costs, the more a state car needs to driven to break even because of other costs associated with operating the vehicle.

The report suggested updating fuel costs annually to determine when employees should use a state-owned car and when their mileage should be reimbursed for using their personal vehicle.

CMS “welcomes the input of the Auditor General, we will review and consider all the recommendations that pertain to the vehicles under our purview,” Alka Nayyar, a spokeswoman for CMS, wrote in an email.

“This is really part of a broader effort, I believe, to really go through how our state does business and how state resources are being used,” McAsey said.

The audit did not list a total cost savings figure for moving to a policy based around reimbursing more mileage for employees who use their personal vehicles.

The report came a week after the state announced an estimated $75,000-a-year deal with Zipcar to use its fleet of nearly 500 vehicles in Chicago. Additionally, Zipcar will be adding four cars in Springfield, two based at the Amtrak train station and two at the statehouse.

Zipcar is a Massachusetts-based company that charges by the hour for any person or company with a membership to use its vehicles.

The state will pay $6 per hour for the first 180 miles per vehicle, and 25 cents for every mile after that.

“Increased usage of Zipcars will help the state eventually reduce the overall number of higher-mileage vehicles in its fleet … The state only pays for Zipcars when they are in use, and does not pay for the cost of gas, insurance, maintenance or for housing vehicles,” Nayyar said.

The state has a two-year deal with Zipcar.