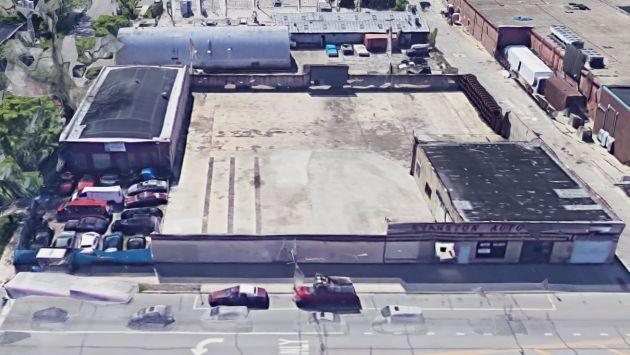 The former Evanston Auto Glass property in the 1100 block of Dodge Avenue could have a new occupant soon if city officials agree to the proposal.

Uri Adler, who now sells used cars from a small lot in the 2400 block of Dempster Street, hopes to move his business into the Dodge Avenue property.

But as he told members of the city’s Design and Project Review Committee on Wednesday, he’s only been able to negotiate a two-year lease of the space with the California-based property owner and has little funds available to make substantial improvements to the building.

The building’s owner, Steve W. Tuszynski, has reportedly told city officials he has no interest in funding improvements to the building at this time.

“This is a gateway for visitors to the West End and West Village neighborhoods,” Zalmezak says, “It’s shameful that it’s in such poor condition.”

He adds that the property is adjacent to the Evanston Plaza which has been substantially improved by the owners of Valli Produce and is near other properties lke the 1900 Greenwood building and the Dempster-Dodge Starbucks that have been upgraded recently.

Because the property has been vacant since 2014, city officials say the authorization for the auto uses at the property as a nonconforming use in the C-1 district have expired, and the proposed new use will require approval of a special use permit from the Plan Commission, the Zoning Board of Appeals and the City Council.

Members of the Design and Project Review Committee suggested that Adler look into making at least some cosmetic improvements to the property — perhaps replacing the glass block windows with regular glass and replacing the existing overhead door on the front facade with one featuring glass panels.

They voted to postpone making a recommendation on the project until after he’s had time to develop those plans.