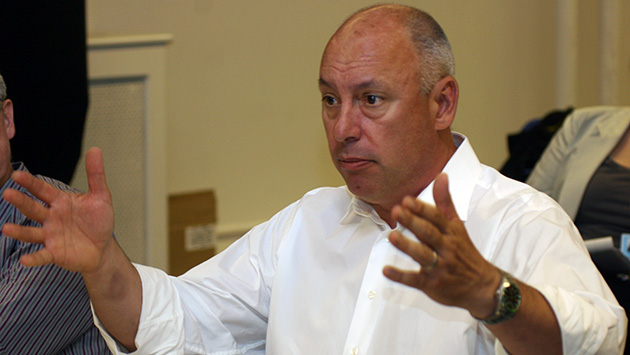 Autobarn owner Richard Fisher says that at the suggestion of Evanston officials he's redesigned his plans for a new facility on Hartrey Avenue to include all the firm's service operations.

Fisher describing his expansion plans to the Economic Development Committee.

Autobarn owner Richard Fisher says that at the suggestion of Evanston officials he's redesigned his plans for a new facility on Hartrey Avenue to include all the firm's service operations.

Fisher told the Economic Development Committee Wednesday night the redesign was based on conversations with Aldermen Melissa Wynne and Ann Rainey and the city's economic development staff.

Last month Fisher announced plans to buy the former Shure site at 222 Hartrey Ave. and convert it to a storage facility for new and used cars and a space to prepare new cars for delivery to their buyers.

At the time he told neighbors of the site that all repair and maintenance work for customers would continue to be done at the company's three dealerships on Chicago Avenue.

Fisher said the idea of separating repair from sales operations is controversial in the industry, and "I have an enormous amount of trepidation " about it.

He said his general manager, Richard Kirkpatrick, had worked for Hanley Dawson in the 1980s and 1990s — a dealership that Fisher said "put itself right out of business" after moving its service facility off site.

But he said the concept seems to be working well now for the Fletcher Jones dealership in Chicago, and he thinks it could work here in Evanston. 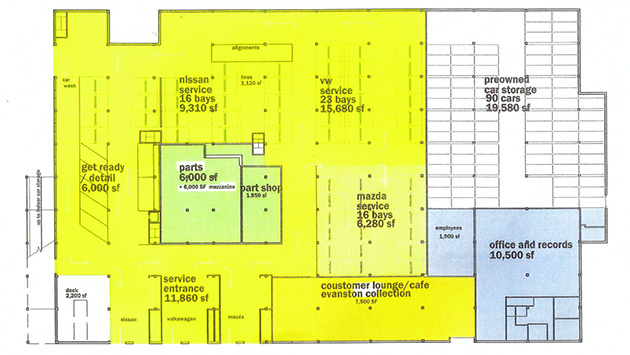 Fisher showed committee memberes a preliminary drawing of how the building on Hartrey might be laid out to accommodate separate service areas for the three different brands his dealerships sell — and discussed requirements the manufactures would impose for preserving their separate identities at the facility — as well as for any remodeling of the dealerships on Chicago Avenue.

Fisher said that moving the service operation would let him devote more space on Chicago Avenue to new car sales, which would reduce noise complaints from neighbors there and could lead to increased sales.

He added that 80 percent of the firm's customers live west or southwest of the dealerships, and so the Hartrey site should be convenient for them.

Committee members voiced support for the proposal and moved to recommend approval of a resolution supporting a property tax break for the project to the City Council for action next week.

They also endorsed plans to start the process of expanding the Howard-Hartrey tax increment financing district to include the site.

But they postponed action on a proposed sales tax sharing agreement until further details of that could be worked out.