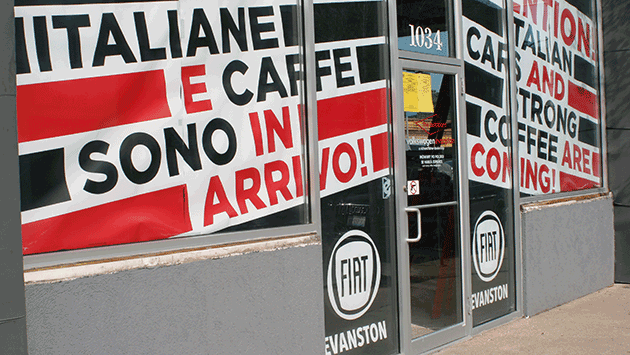 Evanston aldermen this week approved two sales tax rebate deals for Autobarn, and the dealership announced plans to open its new Fiat dealership before the end of the month.

Under the agreement the dealership will get a rebate of 50 percent of the city share of sales tax collected on sales of cars at its existing Volkwagen, Nissan and Mazda dealerships over the next four years as part of a plan to open a new service and storage facility in the former Shure Inc. headquarters building at 222 Hartrey Ave. 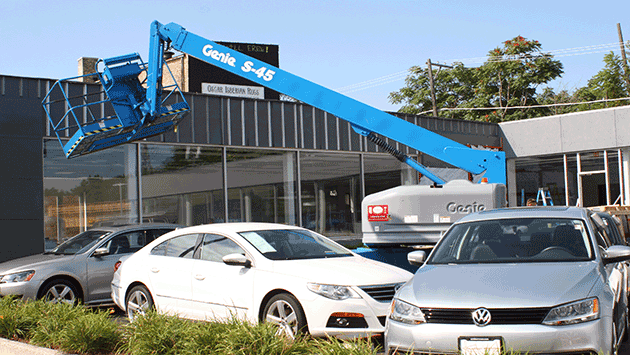 A boom lift being used today to install new cladding on the Fiat dealership facade.

It will also receive an 80 percent rebate for four years on the city share of sales taxes collected on sales of cars at the new Fiat dealership that it plans to open in a former used car lot at 1034 Chicago Ave. 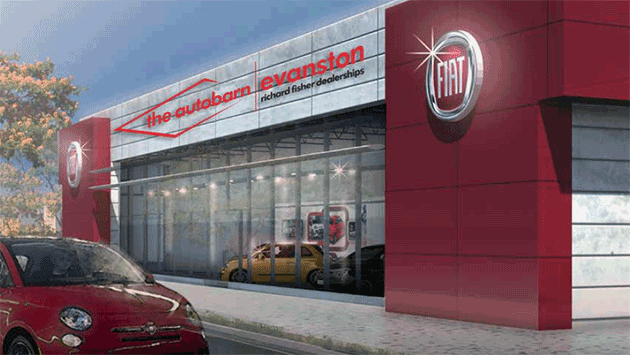 A rendering of what the completed Fiat dealership is to look like.

Autobarn has scheduled a ribbon-cutting ceremony for the new dealership for 10 a.m. on Friday, Aug. 29.

Autobarn slated to get more aid from city