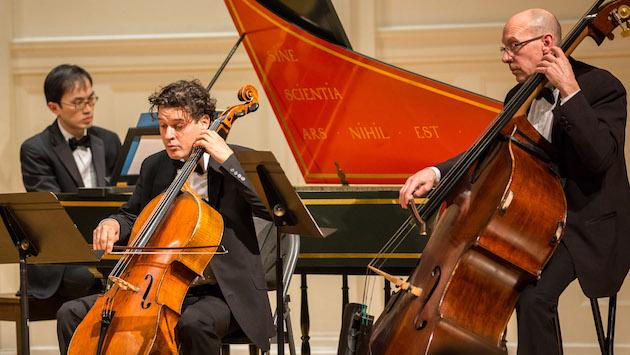 Richard Webster, director and conductor for the Bach Week Festival in Evanston, is certain of one thing: “Bach is, in my mind, without question, the greatest composer who ever lived. No one has ever surpassed him in the musical achievement that he was able to bring about given the circumstances of his time.”

“It’s hard to have a festival based solely on the works of one composer,” said Webster, “but the Bach festival is inexhaustible. Bach really did determine the course of Western music from his day forward. Every composer was influenced by Bach, either developing or rejecting his work.”

Webster, who has been involved or at the helm for the 43 years of the Bach Week Festival, said there are still plenty of Bach-isms to explore. “If people don’t know everything about music, they will find Bach recognizable. His works are timeless, and transcend style and genre and repertoire.” 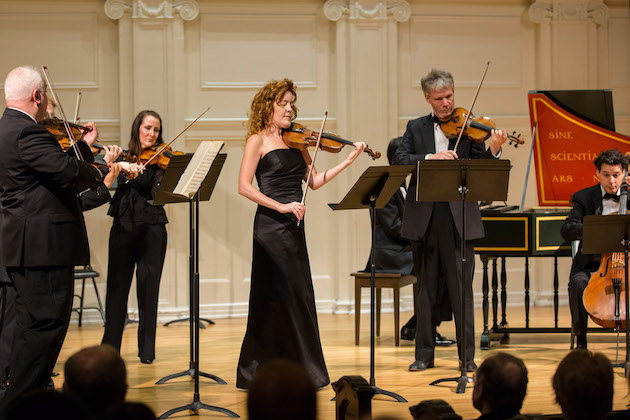 Some of the works to be performed at the April 24th concert at Nichols Hall are more challenging to get into, while others have seeped into the collective consciousness of music globally.

“In our Sunday concert, we’re doing ‘The Musical Offering,’ which is somewhat of a theoretical piece,” said Webster.  “Bach was such a genius, mathematically and musically, it’s like Einstein in music. It’s a thing of stunning beauty. But you have to listen to it in a way that you have to be willing to set aside instant gratification, and it requires concentration. It’s not easy music. But if you know what you’re listening for, you can come away from it completely edified.”

Another piece to be performed Sunday the 24th is ‘Chaconne in D Minor’, a Bach piece turned into a piano solo by Busoni in the 19th century. While Webster acknowledges some purist notions that Bach is not meant for the piano, he said “You can play Bach on anything, and it’s still Bach. So here we are, having this enormous piano piece!”

“The key word is variety,” said Webster. The variety of takes on Bach’s work is stunning, from contemporaries to Classical composers. “Take for example Stravinsky, who wrote parodies of Bach’s music. 300 years later, he’s going back to Bach’s music to derive his inspiration. The Beatles are also very much inspired by Bach, Every musician who’s ever lived since Mendelssohn has been influenced by him.”

The Evanston festival continues Sunday April 24th at 7:30, and moves to Chicago on May 6th.