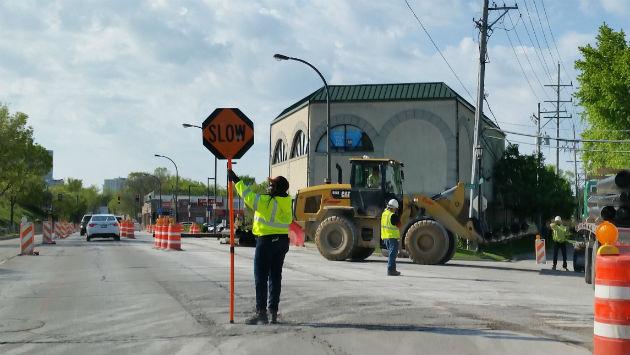 Agreement by state lawmakers today on a new stopgap budget for Illinois means work on Evanston's biggest road construction project of the year will resume next week.

State transportation officials told the city on Monday to stop work on the Emerson, Ridge, Green Bay project by today because the state didn't have money on hand to pay for the work — even though the projects are ultimately funded by the federal government.

Now, Lara Biggs, the city's capital planning and engineering bureau chief, says she been told by IDOT that the city will be free to resume work as early as tomorrow, July 1.

But Biggs says because of the holiday weekend, she's telling A. Lamp Concrete Contractors to hold off on going back to work until next Tuesday, July 5.