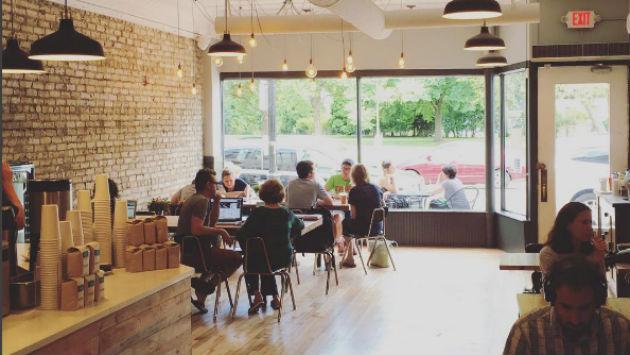 After taking over Linz & Vail at 2012 Central St in Evanston, new owners John Kim and Isaac Bloom have changed the name to Backlot Coffee.

Backlot is a neighborhood name familiar to many in the Central Street community.

Both owners say they are inspired by the community space the name represents and wanted to honor the community by naming their cafe Backlot Coffee .

Stumptown is best known for their direct trade partnerships with coffee growers around the world.

John Kim and his family live in Evanston. In 2005, John and his brother Brian opened the Brothers K Coffeehouse on Main Street .

In 2009, John opened the Other Brother Coffeehouse in downtown Evanston, and has since sold the business to his long time friends.

In 2014, John partnered with Chef Brian Huston to open Boltwood on Davis Street downtown and has since left as managing partner to focus on this new project.

Isaac Bloom lives in Evanston and has joined forces with John to add to the already vibrant Central Street business district.