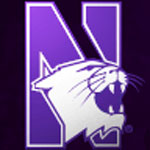 The expanded sponsorship will support overall operations of the athletic department and help enhance the university's N Club facility, an event venue that hosts the N Club letter winner association and NU student-athletes before and during sporting events.

The N Club is a national alumni club for individuals who earned a varsity letter while competing for Northwestern University.

It provides support to Northwestern Athletics, has funded an endowed athletics scholarship which is awarded annually, and sponsors networking events to strengthen and connect the community of former NU student-athletes.

Most recently, the N Club launched a pilot mentoring program that matches former student-athletes with current student-athletes from four different sports at Northwestern. A successful pilot program may lead to the expansion of this program to more teams in the future.

"Carrying forward our partnership with Northwestern and supporting the N Club allows us to join forces with a leading organization that shares our commitment to excellence and improving the overall quality of life in our communities," said Sue Oleari, North Shore Market President, BMO Harris Bank N.A. "We look forward to expanding their efforts with the renewal of our sponsorship and creating an even more enjoyable experience for Wildcat fans, family and players alike."

Jim Phillips, Director of Athletics and Recreation at NU said the bank "has made a significant difference in the lives of our scholar-athletes, both in the classroom as well as within their respective arenas."

In addition to helping upgrade the N Club facility, BMO Harris Bank will have a greater brand presence on the court and throughout Welsh-Ryan Arena, the university's basketball facility.