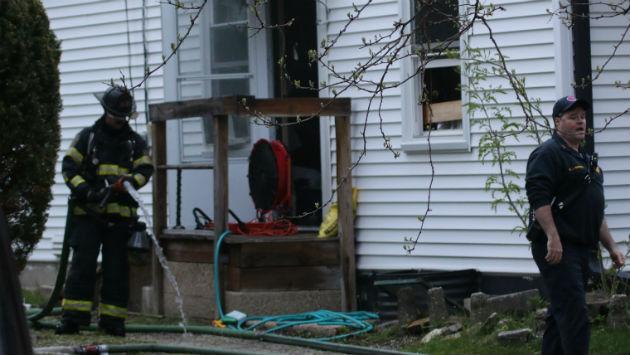 Fire officials say a fire broke out in a home at 1116 Fowler Ave. in Evanston about 7:15 this evening after flooding from heavy rains shorted out wiring in the basement. 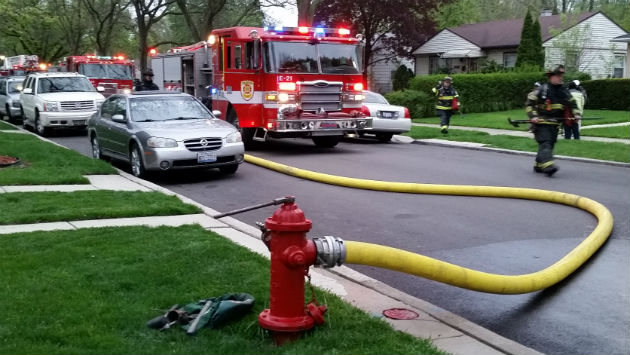 Fire vehicles responding to the incident lined the 1100 block of Fowler.

Fire Division Chief Dwight Hohl says  firefighters cut off electric service to the home and were able to quickly extinguish the fire. "It really wasn't much of a fire," Hohl says, but the Red Cross was called to provide temporary housing for the homeowner, because the home wasn't habitable after the incident. 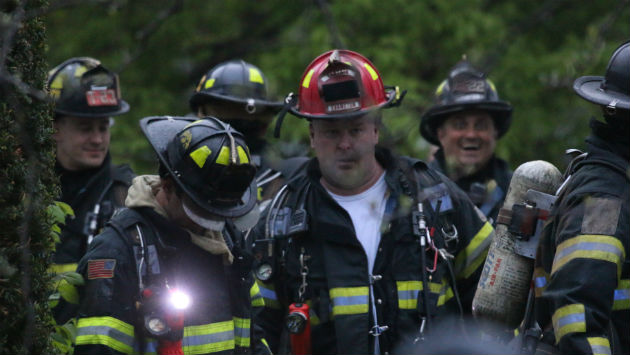 Firefighters leaving the home after putting out the fire at 1116 Fowler.

Hohl says no one was injured and fire crews were leaving the scene less than an hour after they first arrived.