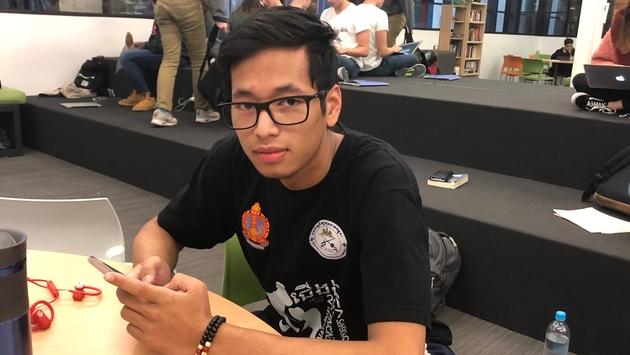 17-year-old Paul Vag-Urminsky is a busy guy these days. Like any junior he’s juggling school work, considering colleges, and on top of that, preparing to compete in the World fencing championships.

Vag-Urminsky attends Beacon Academy. The small private school has moved into the Rotary building annex on Sherman Avenue in Evanston.  It has 177 students and about 20 of them compete in fencing. But Van-Urminsky is in a league of his own. 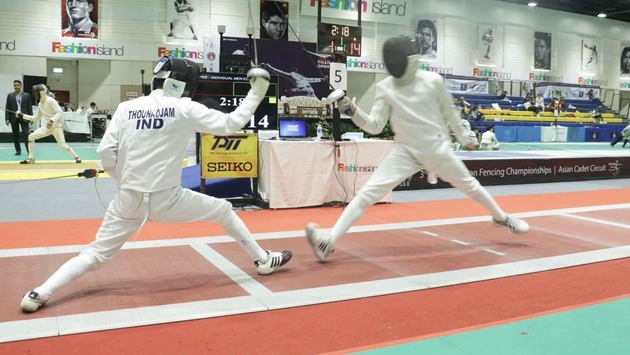 Vag-Urminsky has been fencing for about ten years and competes on both a national and international level.

He’s ranked in the top twenty for his age group in the U-S and recently made the decision to fence for Cambodia, from where he was adopted. 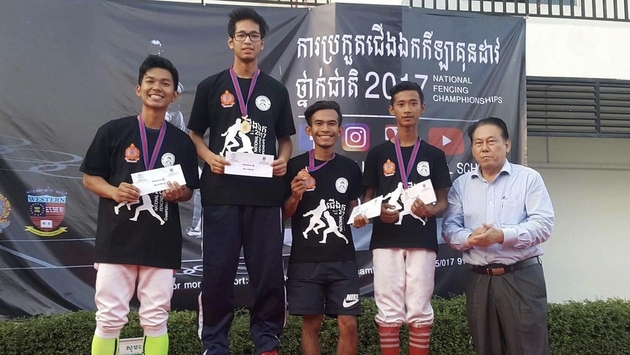 Paul Vag-Urminsky with his Cambodian teammates.

“Something clicked in my head one day, I woke up and realized I really want to fence for this country, I really think I could help the country itself, it has a lot of sentimental value to represent the country I was born in,” said Vag-Urminsky. 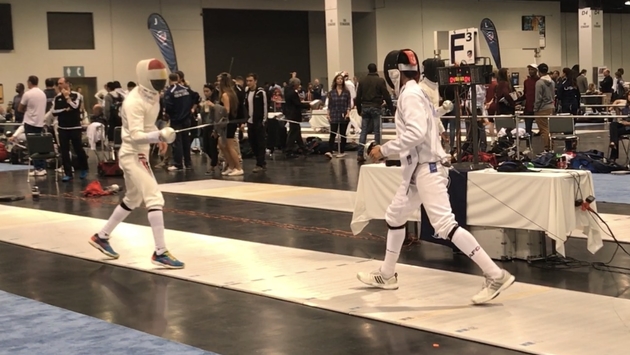 Paul Vag-Urminsky on the right.

His mother Andrea Vag, says his access to superb training in Chicago with Windy City Fencing and coach, former Olympian Tsanko Hantov, has given him a great advantage.

“He’s far more developed than his Cambodian teammates,” she explains.

His move to the Cambodian team not only elevates the team but may also help him get a coveted wildcard position for the 2020 Olympics in Tokyo. 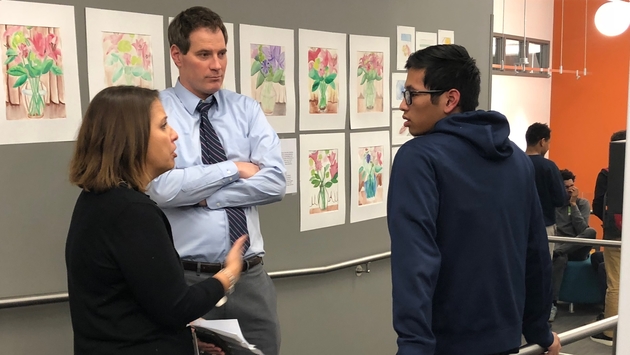 Beacon Academy head Jeff Bell is proud of his student, but not just for his remarkable talent as a fencer. “Paul represents the best of Beacon. A student who balances his school work with his outside activities, both at a high level,” Bell says. 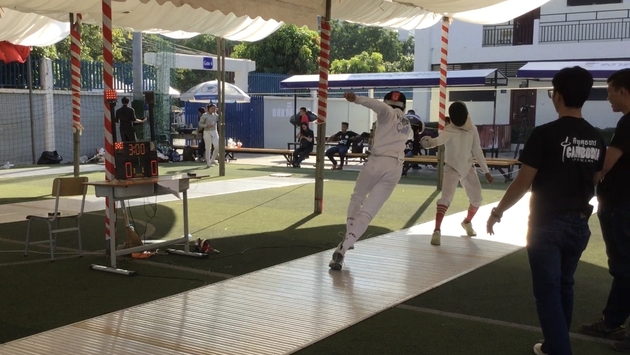 Vag-Urminsky’s next big challenge is in February when he heads to Dubai to participate in the Asian Fencing Championship, his first international competition representing Cambodia.

The family is busy fundraising to help cover the mounting costs associated with international travel.