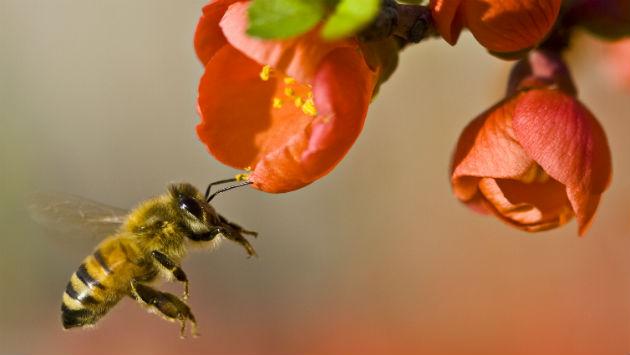 Would-be beekeepers in Evanston would need to prove they'd informed their immediate neighbors about their proposed hive to get a city beekeeping license under ordinance amendments approved by the city's Human Services Committee Monday night.

The revised ordinance would give the neighbors 30 days to object to the plans, and if any objections were filed, the committee would hold a hearing to determine whether to recommend approval or denial of the license. The filing time limit for objections was cut from 60 to 30 days on a motion from Alderman Brian Miller, 9th Ward.

Aldermen claimed during the meeting that they want to encourage beekeeping as part of the city's overall efforts to be environmentally friendly, but balance that with concerns about residents who may be severely allergic to bee stings.

Under the city's existing ordinance, which does not require neighbor notice, the city currently has only two licensed hives, Health Director Evonda Thomas told the aldermen.

Only neighbors whose properties adjoin the property lines of the proposed hive location would need to be notified, but notice would need to be provided to building tenants, not just property owners. The ordinance says beekeepers would have to provide "written proof of notice from all adjacent neighbors, in a form provided by the City Manager or his/her designee."

But whether a signed statement from the beekeeper that notice was provided would be sufficient, or whether the beekeeper would have to collect signatures from neighbors affirming that they'd been notified is not specified in the ordinance.

Complying with the notice process could be fairly simple for residents with only single-family homes as abutters to their property — considerably more complicated for someone with a large condo or rental apartment building next door.

The notice process would not be required to renew an annual beekeeping license.

The proposed changes to the beekeeping ordinance still require approval by the full City Council.

The aldermen deferred action on a companion proposal to offer beekeepers the option of keeping their hives at certain city parks and community gardens after Alderman Peter Braithwaite, 2nd Ward, objected that he hadn't had time to consult with residents about the inclusion of Harbert Park in his ward on a proposed list of sites prepared by city staff.

Alderman Mark Tendam, 6th Ward, also expressed doubts about whether Lovelace Park in his ward was an appropriate site for beehives.