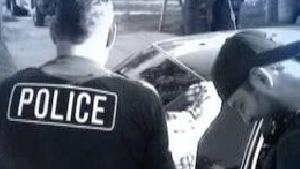 The Better Government Association has been looking at how suburban police departments use "stop and frisk" policies as a crime-fighting tool.

Those policies — long controversial — have drawn special scrutiny in the wake of a ruling by a federal court judge that the way New York city police use "stop and frisk" violated the constitutional rights of minorities.

The BGA study, as reported by WLS-TV, found that most departments were reluctant to talk about their practices in detail — but that Evanston police were much more forthcoming.