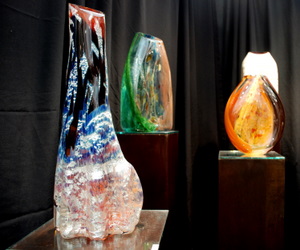 Nearly 160 national artists who have transformed leather, ceramics, glass, metal, paper and wood into artwork are displaying and selling their works in Evanston this weekend.

The American Craft Exposition holds its 25th anniversary show from 10 a.m. to 6 p.m. today and 11 a.m. to 5 p.m. Sunday at the Henry Crown Sports Pavilion at Northwestern University, 2311 Campus Drive.

“It’s very high-quality,” says event manager Kate Beckering, adding that the expo is one of the “most recognized shows in the country.”

From classical to modern, from decorative to utilitarian, the expo features a variety of styles of craftsmanship. 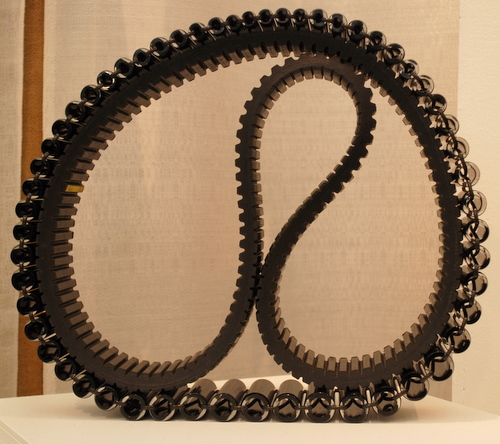 “It’s definitely a modernist aesthetic with clean lines,” says artist Deborah Adler about her work. Coming from New York City, the glassblower returns to Evanston today toting glass sculptures and jewelry that she refers to as “smaller-scale, wearable sculptures.”

“Glass kind of moves in a certain way, so it’s very organic, and a lot of the shapes that I see are just natural forms that glass wants to take,” she says. 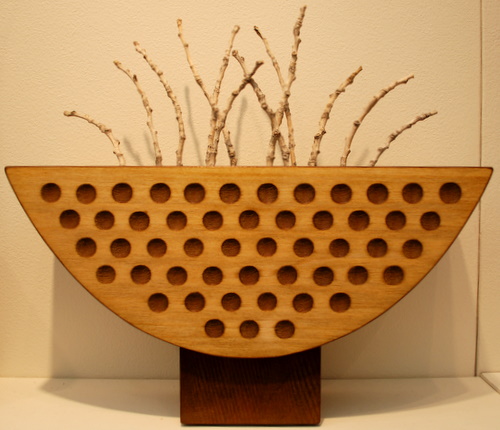 Artist Larry Fielder, who works with wood, says he draws upon order and mathematics for his wood pieces.

“The look of my pieces is very architectural,” he says. That’s no surprise to him – although studied architecture in college, he had trouble finding employment and became an artist instead.

Though he’s not as famous as he could have been as an architect, he gets a “certain sense of fulfillment” in being a craftsman and coming to expos like this one, he says.

“People think of wood in a certain way,” he says, explaining that most people barely take note of the wood around them in the same way they sooner see buildings and doors and cups than glass.

“But if they come in and they see wood used in a way totally new to them – they see something new – then I’m successful as an artist,” he says. 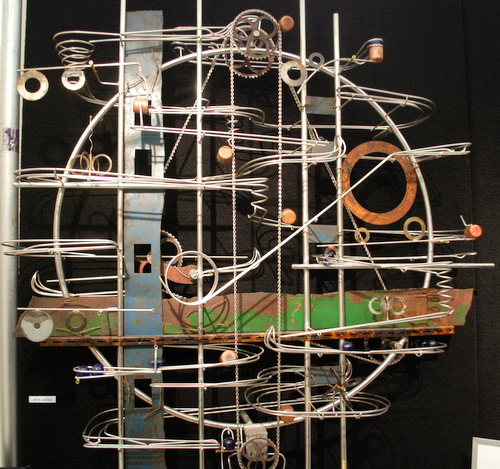 On the other side of the exhibition, Jeffrey Zachmann presents his machine sculptures. In each, a process repeats itself: a small ball drops and, after many twists and turns, the machine brings it back to the top.

“I was about eight years old, and I was just playing with marbles in dirt, and one thing led to another,” Zachmann said.

The expo draws visitors from around the metro area.

Ruth Blum of Highland Park bought some wooden spoons and a pair of earrings.

“I think it’s a beautiful exhibition,” she said.

Evanston resident Glennis Lunderberg, 70, of 1904 Lincoln St., said she comes every year. This year, she said she liked the pottery. 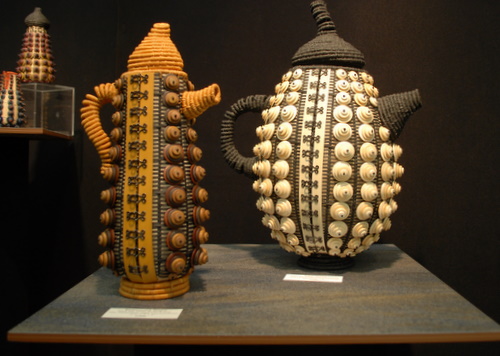 “It’s very original and pushing the limits,” he said.

Admission is $15. All proceeds of the event go to the auxiliary of the NorthShore University HealthSystem, which hosts the event, for breast and ovarian cancer research.

That includes proceeds of an online auction. Bids on these pieces usually go for about half their market value, Beckering said.

The expo is also selling a book commemorating its 25-year anniversary, she said.

More information about the event is available online.

More photos from the expo 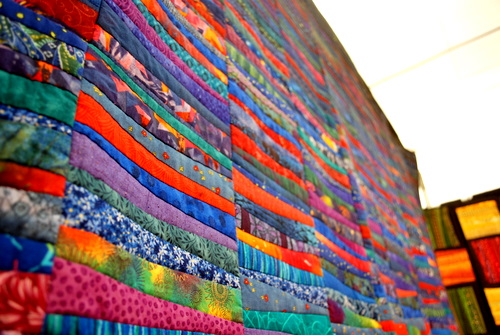 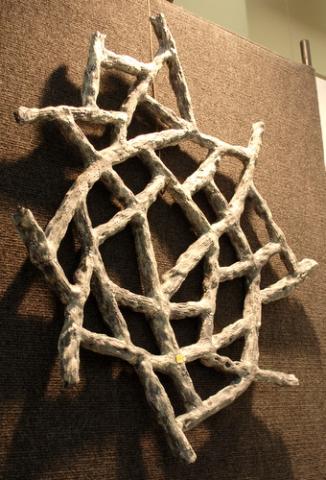 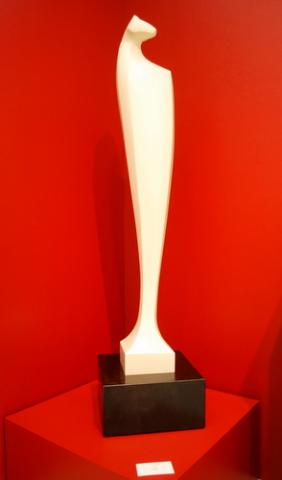 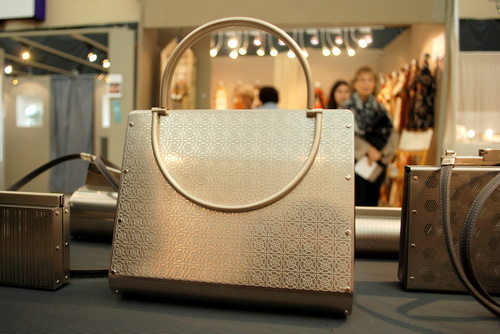 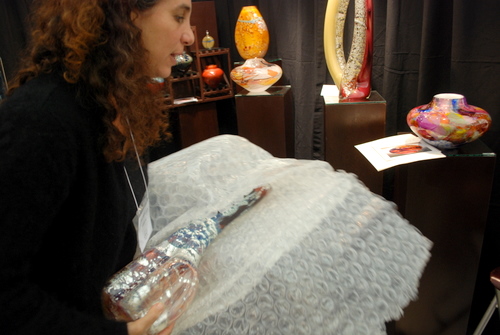 Artist Randi Solin wraps her artwork after a purchase.