Organizers of Evanston’s downtown bike race unveiled plans for the third annual edition of the event this noon. 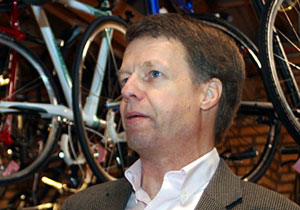 The North Shore University Health System Grand Prix — a month from today on Sunday, July 19 — is expected to draw thousands of visitors to watch a day-long series of amateur races, leading up to men’s and women’s professional contests in the late afternoon and an awards ceremony in the early evening.

In the final men’s race at 5:30 p.m. about 150 racers will make 72 laps around the nine-tenths-of-a-mile course in under two hours.

With the looping design of the downtown course, spectators at the Fountain Square start and finish line will get to see the racers speed by 144 times as the event unfolds.

Mayor Elizabeth Tisdahl said the race helps demonstrate that Evanston is a “world-class city,” and that combined with the Ethnic Arts festival that weekend on the lakefront, visitors will be able to see art, music and dance and watch the largest free-to-the-public sporting event on the North Shore all on the same day. 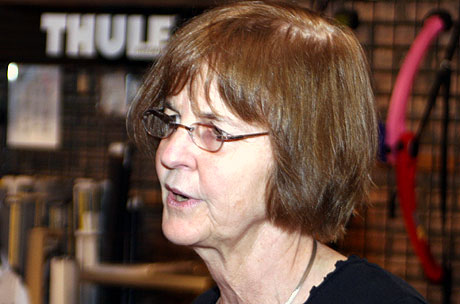 She also said that while most people aren’t up to the challenge of racing competitively, the event helps promote the city’s goals of encouraging more people to ride to work and for pleasure, and that the city is adding bike routes and bike racks to encourage that.

Evanston Hospital President J.P. Gallagher said the event helps the hospital meet its goal of promoting health and wellness and an active lifestyle. 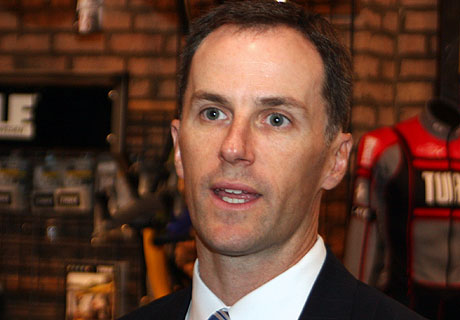 He said that as the city’s second largest employer the hospital wants to expand cultural activities and promote a fun event that has a positive economic impact on downtown.

Race organizer Chris Mailing said the event is expected to draw 15,000 to 20,000 spectators, — half from Evanston and most of the rest from the Chicago metro area. Based on surveys last year, he anticipates that up to 3,000 of them may be people who either never have been to Evanston or haven’t visited in years, making the race a big opportunity to introduce visitors to the rest of the city’s attractions.