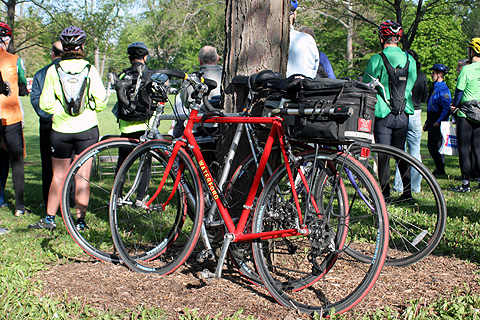 Several dozen cyclists turned out for a bike-to-work rally in the park behind Evanston’s Civic Center this morning.

Bikes await their riders at the rally 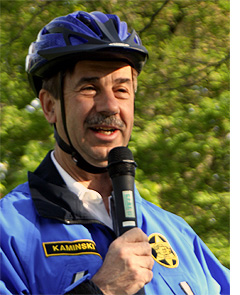 City officials including City Manager Julia Carroll and Police Chief Frank Kaminski also showed up with their bike helmets on for the event.

Ms. Carroll described city efforts to increase the number of bike paths in the city, including a recently-approved plan to extend the Twiggs Park path along the North Shore Channel.

During the rally the Evanston Bicycle Club presented checks to the city totalling $2,000 for heavy-duty portable bike racks for use at festivals and other special evnts, to support the police department’s bicyle safety program and to provide a bike rack outside the south branch of the public library. 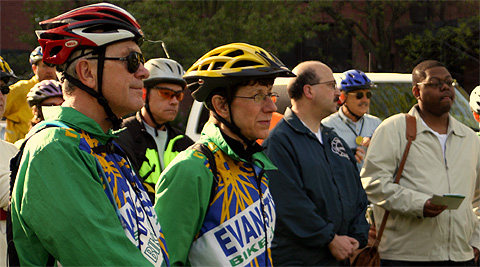 Bike club members at the rally
Bike club president Neal Ney says the group has made over $88,000 in donations during the past ten years. It raises funds through its annual North Shore Century ride scheduled for Sept. 17 this year. The ride includes routes 8, 25, 50, 62 and 100 miles long and leaves from Dawes Park.