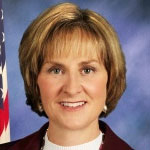 "I'm completely cynical about whether or not they are going to try and pass this," said Radogno, a Republican from Lemont.

In all, the Senate is considering three different bills that would eliminate the program. One, House Bill 3810, joined two other bills in a subcommittee Wednesday, with apparently little hope of making it to the Senate floor for a full vote.

The House approved ending the program in March.

"It's crystal clear that there is widespread support for this bill, and these are parliamentary maneuvers to keep it from coming up for a vote."

The legislative scholarship program enables each Illinois lawmaker to give college scholarships to students attending in-state public universities, as long as the recipients live in the lawmaker's district. The scholarships, which can be awarded for one, two or four years, cover the entire cost of attending the universities.

Lawmakers cannot award scholarships to family members, but some have given them to children of campaign donors and residents living outside their districts.

Rikeesha Phelon, spokeswoman for the Senate Democrats, said it's possible a bill might not emerge, depending on how subcommittee members vote. It's unclear when, or if, the subcommittee might vote.

Senate President John Cullerton, D-Chicago, has said he is against abolishing the legislative scholarship program, saying he would rather see it reformed. Radogno said reform is no longer an option for the program.

"There is no way to reform this program or there shouldn't be any more attempts to try and do that," Radogno said. "It's just been constantly rife with abuse and misuse."