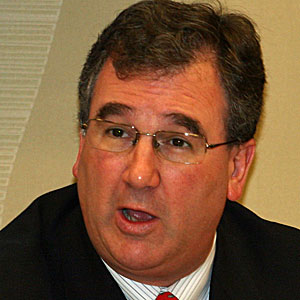 Schoenberg, acting at the request of the town board, introduced SB2847 Wednesday.

If adopted by the legislature the bill would authorize the town board to hold a binding referendum in which voters would be asked "Shall the township organization be continued in Evanston Township?"

Depending on how quickly the legislature acted on Schoenberg's bill, that referendum might be held this fall or sometime next year.

It's separate from the non-binding, advisory referendum that Evanston voter's will find on next month's ballot, which asks: "“Should the Evanston Town Board continue to pursue the issue of dissolving Evanston Township?"

Under existing state law it's unclear whether voters in a single township can approve dissolution of the township government, or whether it requires a county-wide vote.

In addition to making clear that Evanston township voters could vote to dissolve the township, Schoenberg's bill provides that, if the township were dissolved, the City of Evanston would take over the duties of the township assessor and township supervisor and administer public aid programs now run by the township.