Evanston’s liquor control board decided on Thursday that a local bar will remain open after the owner paid overdue liquor tax bills and explained why employees served alcohol to a minor. 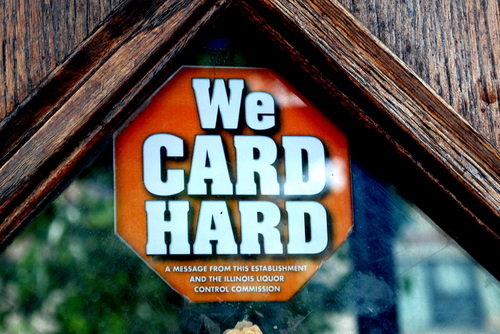 A sign posted in a window at the bar.

Police busted Bill’s Blues, 1029 Davis St., for serving alcohol to a minor accompanied by an undercover police officer in May.

Margaret Nelson, the employee who allegedly approved the minor for alcohol, told the liquor control board that she did not do so intentionally.

“I was just too tired to do the math,” she said.

The mayor nodded. “It happens to us all,” she said.

Bar owner Bill Gilmore admitted that employees occasionally make such mistakes but assured the board that the bar is nevertheless tough on minors. The bar distinguishes minors from non-minors using wristbands and different types of drinking cups, Gilmore said. Further, employees card customers appearing to be under 35 and recheck customers of dubious age.

“I want business, but I do not want that business,” he said, pointing to the liability issues surrounding the sale of alcohol to a minor. By state law, if the minor buys alcohol and dies as a result of intoxication, the seller could face one to three years in prison and a fine of up to $25,000.

Gilmore also paid the city $2000 for three months of overdue liquor taxes. He attributed his tardiness to sparse income and his own negligence.

“Since we opened six years ago, we have consistently had to struggle to pay our bills,” he said in a prepared statement. He kept putting off the taxes and occasionally forgot about it entirely, he said.

Gilmore explained that he did not show at the original hearing time earlier this week because the post office mistakenly delivered the notification to his neighbor.

The meeting was the first meeting of the liquor control board with Mayor Elizabeth Tisdahl acting as liquor commissioner.