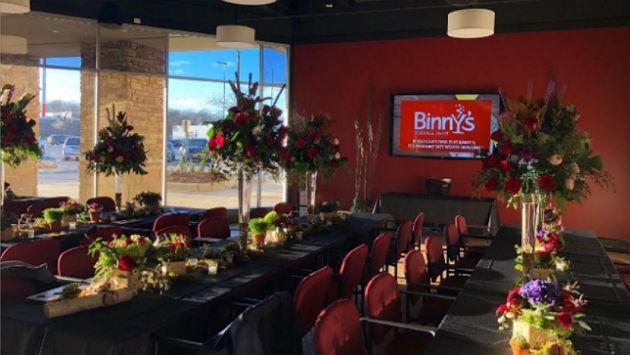 Binny’s Beverage Depot will seek amendments to Evanston’s liquor code next week to permit it to operate an event space inside its proposed Chicago Avenue store.

The proposal is drawing fire from at least one other liquor store owner in town. Sandeep Ghaey of Vinic Wine Co. at 1509 Chicago Ave. sent an email to his customers today urging them to write the city’s Liquor Control Review Board, urging it to reject the changes Binny’s is seeking.

Grand Cru is a term that some beer, wine, liquor and chocolate producers uses to designate high quality products.

Fornek says the space would bring together “lecturers and luminaries from the world of wine, spirits and craft beer” and “serve as a public square of sorts — an event venue, fund-raising vehicle for Evanston-based civic and charity groups, a community gathering spot for Evanstonians and a way of delivering greater value to our new neighbors and customers.”

Vinic owner Ghaey told his customers, “We are not against any form of competition coming to Evanston.”

“We are, however, against them getting unfair unrestrictive licensing and variances,” Ghaey added.

Evanston currently has about 32 different liquor license classifications, many of which were developed at the request of business owners seeking to bring a different business model to the sale of liquor in the city.

For example, in 2013, Vinic and another shop, Wine Goddess, won city approval to allow limited sale of wine by the glass in their retail stores.

Perhaps more to the point for residents concerned about the city’s tax revenue, the Class K license that city staff is proposing to amend for Binny’s now is limited to stores of 5,000 square feet and carries a first year license fee of $5,000.

The first-year license fee for large supermarkets that sell liquor ranges up to $40,000.

The liquor board agenda item for the Binny’s request doesn’t mention any change to the Class K license fee.