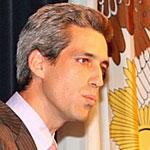 State Senator Daniel Biss (D-Evanston) won approval from the Senate Judiciary Committee today for his proposal to crack down on “patent trolling.”

That's the practice of extorting money from businesses by threatening to sue them for fictitious violations of patents that may have expired or may not be owned by the “trolls” at all.

“Patent trolling is lucrative because patent law is very complicated, and the businesses that are the victims of these schemes often decide it’s cheaper to settle with the scammers than to hire an expert to defend them,” Biss said in a statement.

“By creating a penalty in state law for this kind of fraud," he added, "we can save Illinois businesses a great deal of time, trouble and money.”

The legislation, Senate Bill 3405, prohibits misrepresenting one’s self as the owner of a patent, seeking compensation on the basis of activities undertaken after a patent has expired, falsely claiming to have filed a patent lawsuit or using any written form of communication, including email, to falsely accuse a person or company of a patent violation with the intent of forcing a settlement.

If found to be in violation of the law, patent trolls would be subject to civil penalties and/or forced to pay restitution.

The bill still requires approval by the full Senate and the state House.