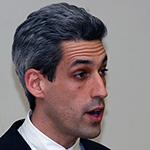 “From your phone to the GPS system built into your car, the devices you use every day can reveal a surprising amount of detailed information most of us believe should stay private,” Biss said. “The legislation I’ve introduced balances legitimate public safety needs with the basic, constitutional right not to be subjected to unreasonable searches.”

Senate Bill 2808 would allow law enforcement to obtain a tracking order — similar to a search warrant — if they can show a judge they have probable cause to believe obtaining current or future location information from an individual’s electronic device is needed to solve a crime or prevent a crime from taking place.

In the absence of a tracking order, information collected through electronic surveillance would be inadmissible in court.

The legislation contains exceptions for emergencies such as responding to a 911 call or locating a missing person believed to be in danger.

It also clarifies that police and prosecutors may still make use of information already available to the public, such as locations posted on social media.

In 2012, cell phone carriers reported to Congress that they had responded to 1.3 million requests from law enforcement agencies for customer information during the previous year.

“The technology is new, but the principle is not: a free society needs to put strict limits on the government’s collection of information about citizens’ private lives,” Biss said.

With the approval of the Senate Criminal Law Committee this morning, the Biss proposal can now be voted on by the full Senate.