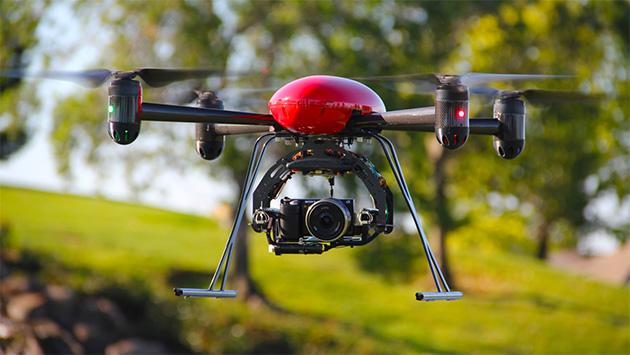 Illinois would sharply limit police use of unmanned aircraft, or drones, under a bill sponsored by State Sen. Daniel Biss.

SB 1587, the Freedom from Drone Surveillance Act, would generally require police agencies to obtain a search warrant for the use of a drone — except when using one to locate a missing person or for crime-scene photography.

But the bill was amended last month to delete a provision that would bar law enforcement agencies from owning or using a drone “equipped with any kind of lethal or non-lethal weapon.”

Biss told a town hall meeting last week that he would have preferred to keep the weapons ban in the bill, but that it appeared the bill would have been doomed to defeat with that provision in it. 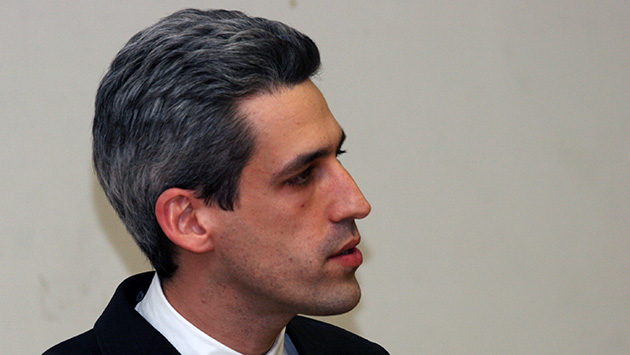 “You have to understand the difference between Planet Earth and Planet Springfield,” Biss said.

“On Planet Earth,” Biss said, “I heard from two kinds of people — people who congratulated me for the bill, and people who think it’s not restrictive enough.”

But in Springfield, he said, “it was basically me and the ACLU on one side and five-trillion law enforcement agencies on the other side who had a whole series of objections.”

So he said his goal has become to make the issue a simple discussion about privacy, that people shouldn’t be surveilled by drones from law enforcement unless officials have a warrant showing probably cause.

“That’s a fight we have a prayer of winning,” Biss said, “although we haven’t won it yet.”

The new version of the bill would set up a committee to research weaponization and other issues involving drones. 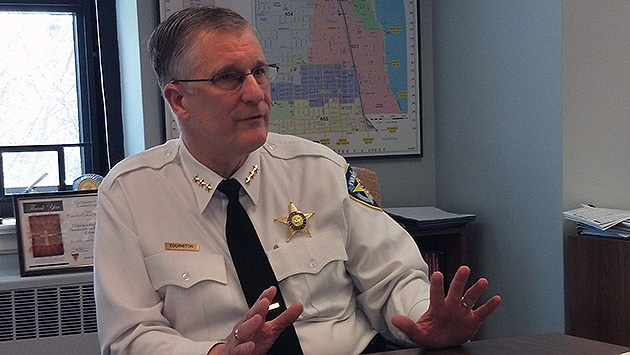 He says the group has been quite concerned about the impact on civil liberties of any new surveillance technology.

And he said, “We agree on many more things than we disagree about.”

But he said drones could be very helpful in some situations — like a search and rescue incident.

“If we’ve got a report of a swimmer in the lake in trouble, we could probably cover Howard Street to Wilmette harbor in 15 minutes with this type of technology,” the chief said.

“Especially if you add on infrared camera technology,” he said it would make it much easier to see if anybody is in the water at night.

“Now you get a bunch of fire and police officers standing on the lakefront looking out into the dark water and saying, ‘I’m not seeing anything, what are you seeing?'”

“Just the ability for search and rescue would be extremely attractive to public safety professionals,” he added.

One concern with the latest version of the drone bill in Springfield, Eddington said, is that it would require to police inform targets that they’d been under drone surveillance within 45 days.

He said Evanston police have recently been involed in several investigations with federal agencies that ran a year-and-a-half or longer. “You don’t want to be telling the bad guy 45 days into such an investigation that you’ve been looking at him,” he said. “This is not like NCIS where everything is wrapped up in an hour.”

But the chief said no vendors have approached him to talk about having the city acquire drones, and “I’m not the guy who has to have the newest toy on the block.”

“I’d prefer to have other agencies do the leg work, get the bugs out, and then we can decide whether it’s useful.”

Readers voting in an Evanston Now online poll in February opposed police use of drones by a roughly 2-1 margin.