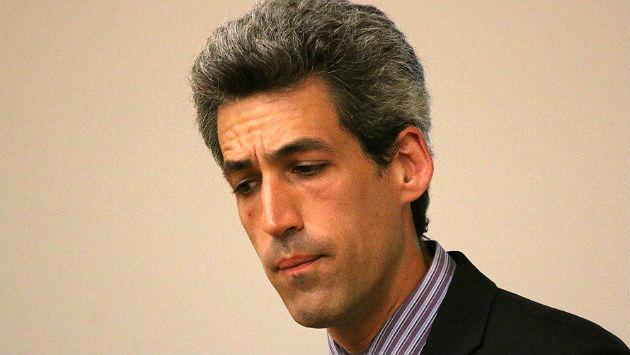 "We've taken what's left our our reputation and lit it on fire," State Sen. Daniel Biss (D-Evanston) said Tuesday night — describing the impact of the state budget crisis on the economic climate in Illlinois.

Biss, speaking to about 70 people at a town hall meeting at the Evanston Civic Center, said business leaders he's talked to say they're making decisions not to invest in Illinois because they keep hearing it's a financial basket case.

"The thing that makes my teeth hurt," Biss added, "is that we have an allegedly pro-business governor," but his refusal to reach a budget agreement with the legislature has doomed the state to declining credit ratings, increasing borrowing costs and huge uncertainty about what tax rates may ultimately be required to clean up the mess. 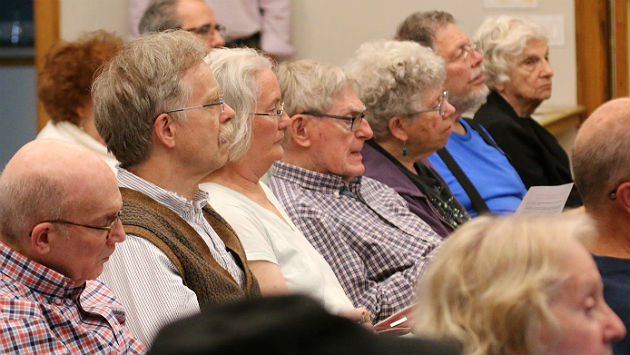 Residents at the town hall meeting.

The mostly anti-union reforms that Gov. Bruce Rauner wants as his price for agreeing on a budget "are impossible to imagine in a divided government situation," Biss said, in which Democrats have a large majority in both houses of the legislature.

Scott Walker was able to push such changes through in Wisconsin, Biss noted, but only because Republicans also controlled both houses of the legislature.

But the Illinois Democratics, although they theoretically have a supermajority in both houses, don't in practice quite have the votes to override a gubernatorial budget veto.

The state has now been without an adopted budget for nearly 12 months, and unless a breakthrough is achieved within the next few weeks it's like to start its second fiscal year with no budget in place. 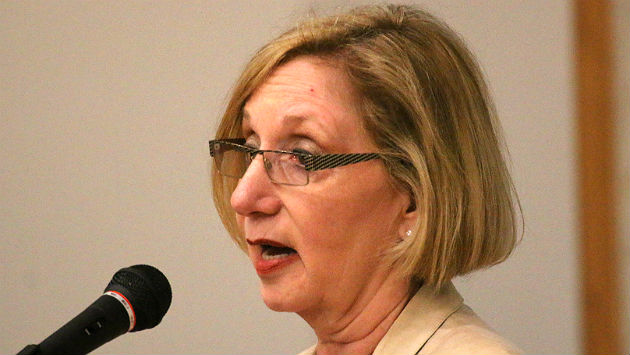 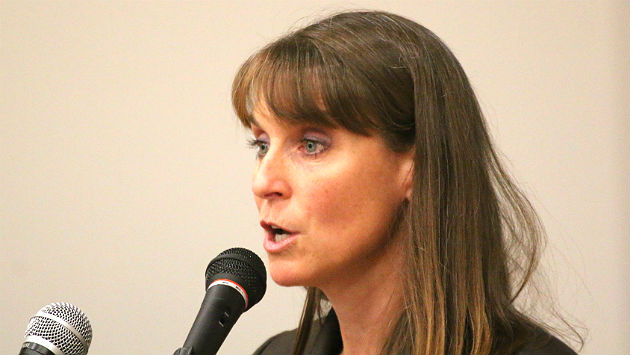 State Rep. Laura Fine (D-Glenview) said lawmakers have been trying to come up with compromises on a variety of issues, but that on one major issuee — workers compensation reform — the governor has blocked efforts to reduce costs to employers by refusing to let the state insurance department have the authority to review the rates insurers charge.