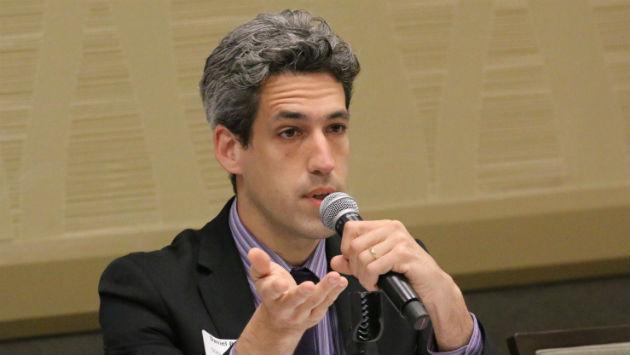 The name of State Sen. Daniel Biss (D-Evanston) is being mentioned as a possible 2018 challenger to Republican Gov. Bruce Rauner.

In a column speculating on the possible Democratic field, Greg Hinz of Chicago Business names Biss as one of four prospects "who have a following but would have to scramble to widen their base."

Hinz says Biss "reminds me of the late Dawn Clark Netsch with his focus on fiscal probity and thoughtful backing of progressive causes."

Last year Biss spent several months exploring and fundraising for a race for state comptroller before ultimately dropping out of the race in November.

Biss was unopposed in his last Senate run in 2014.

Other names among a dozen mentioned by Hinz range from J.B. Pritzker and Chris Kennedy to U.S. Rep. Robin Kelly and presidential aide Valerie Jarrett.