At a forum he organized in Evanston this afternoon at the Levy Center, Biss said he wants to open a dialogue about reforming that system. 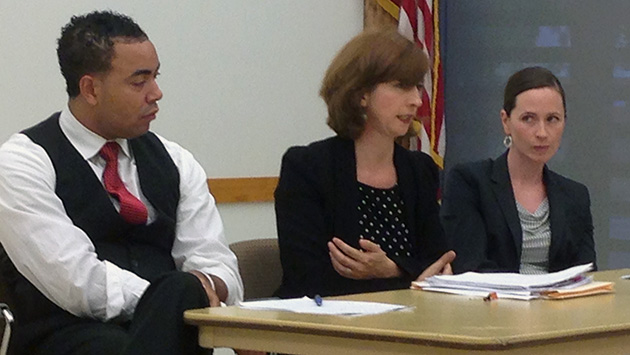 The panelists noted that nearly 10 percent of the state's budget is spent on public safety — the Department of Corrections and the state police — and that it costs taxpayers $21,500 a year to keep an inmate locked up for a year.

And they agreed that that the stigma created by arrest records leads to increased rates of homelessness and unemployment because landlords won't rent to and recruiters won't hire people who’ve served time, even for nonviolent offenses.

One audience member offered her own story supporting that claim — saying she'd lived in Evanston 20 years and had graduated from Northwestern Unversity. But after being arrested for what she described as "protesting a police officer" over four years ago she was convicted of a misdemeanor and hasn't been able to find a job since. 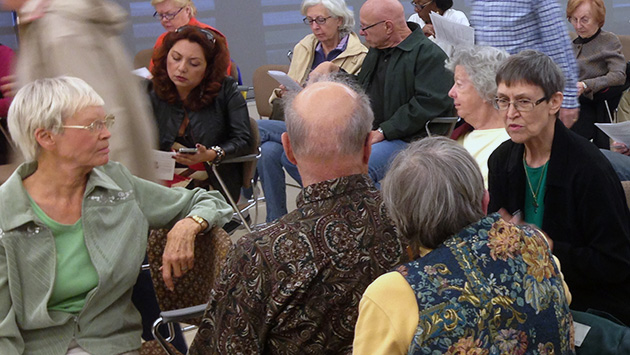 Some of the residents who turned out for the panel discussion.

Biss said he didn't expect to see any huge changes in the system quickly — especially with lawmakers up for election next year.

He said a broader coalition is building to address the reforms, "but it's going to be a decade of gradual steps."