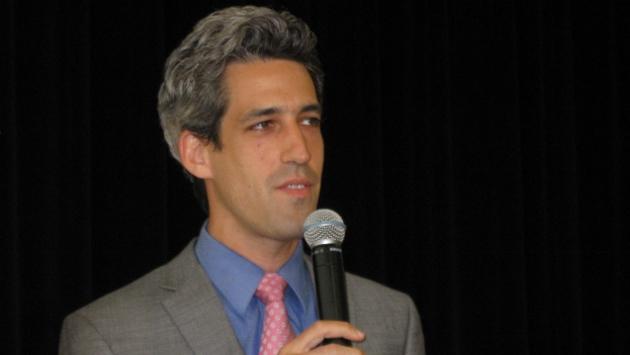 Evanston’s man on the Illinois pension compromise committee says a passable deal could come within a month that would reflect a new view of its constitutionality.

State Sen. Daniel Biss spoke Sunday at a town-hall-style forum at the Levy Center on the issue that has stymied the state legislature for years.

He said the main obstacle to a solution is the state’s constitutional provision that pension benefits
“shall not be diminished or impaired.”

While admitting that he is not a lawyer, Biss said that a new view of the constitution would enable lawmakers to reduce a pension benefit if it could be offset by a new benefit.

Biss had previously voted against a version of pension reform that would give pensioners a choice among various alternative benefit packages on the grounds that the fiscal savings required might not be obtained if the wrong choices were made.

“I was never persuaded,” he contended, “that the savings estimates I saw were realistic, because they didn't take into account all permutations of different choices that employees might make.”

Under the latest theory, for example, the state could reduce the annual cost-of-living increase in exchange for some guaranteed health care benefits. 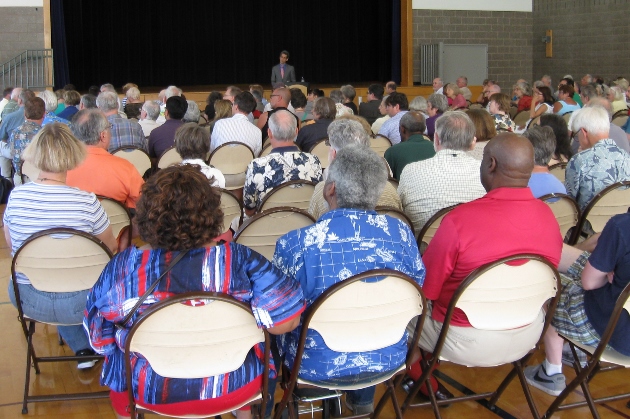 About 150 persons attended the forum at the Levy Center.

During the question-and-answer period Sunday, Biss rejected the argument made by state employees that the problem is solely a revenue problem, not a pension problem, nor does he subscribe to the argument that taxes should not be raised for any constituent group.

He argued that a balanced approach was necessary that might eventually involve a graduated income tax that would bring in more tax revenue from upper-income people without materially affecting persons with lower incomes.

At the same time, he advocates reducing the current 3 percent annual cost-of-living increase in pensions to half of the actual increase in the national consumer price index. With inflation currently at an annual rate of less than 2 percent, this would lower the annual pension increase to less than 1 percent.

Nevertheless, he predicted that the final pension compromise would involve sacrifices for everyone, including state employees and taxpayers.

Biss is a member of a conference committee consisting of three Democrats and two Republicans from each house of the legislature that missed an arbitrary July 9 deadline for coming up with a solution.

The committee has held three public sessions so far, he said, but various scenarios would have to be vetted by pension actuaries before a final deal could be made.

The timeline for this to occur, he said, “should be about a month. I hope we don’t find ourselves doing something in September.”