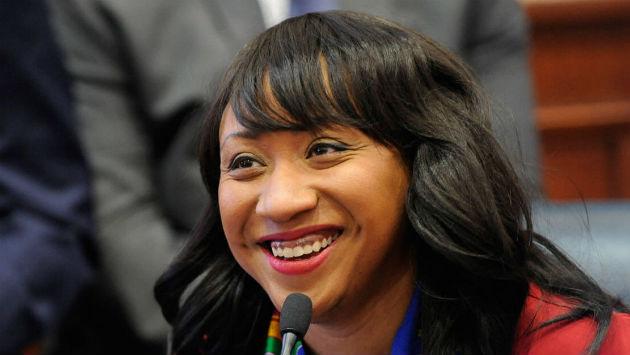 Evanston’s State Sen. Daniel Biss has selected a new running mate in his bid to become governor of Illinois, after he parted ways earlier in the week with his first choice.

His new running mate, who will be filing as a candidate for state lieutenant governor, is Litesa Wallace, a state legislator from Rockford.

“As a leader on issues like health care for children, $15 minimum wage, and making millionaires and billionaires pay their fair share,” Biss said, “Litesa is the person I can trust to make Illinois a state that works for all of us, not just the few.”

Biss withdrew his support for Chicago alderman Carlos Ramirez-Rosa over his advocacy of a group, commonly known as the BDS Movement, that calls for “the end of Israel’s occupation and settler colonization of Palestinian land and the Golan Heights, full equality for Arab-Palestinian citizens of Israel, and acknowledgement of the right of return of Palestinian refugees,” according to Wikipedia.

Biss, on the other hand, said he strongly supports a two-state solution for Israel. “I support Israel’s right to exist, and I support Israel as the homeland of the Jewish people,” he said, adding, “I also care deeply about justice for Palestinians and believe that a vision for the Middle East must include political and economic freedom for Palestinians.”

His new choice for lieutenant governor, he said, “grew up in a union household and is the daughter of a law enforcement agent and postal worker. She began her career as a counselor, working with abused children, families in crisis, and people struggling with substance abuse. After completing a master’s degree and doctorate at Northern Illinois University, while raising a son on her own, Litesa taught psychology courses.”

Because she was a single mom, a woman of color, and a social and economic justice champion in the legislature, Biss said, “Litesa Wallace is the woman who I can trust to help build a new progressive future in Illinois and to be our lieutenant governor.”