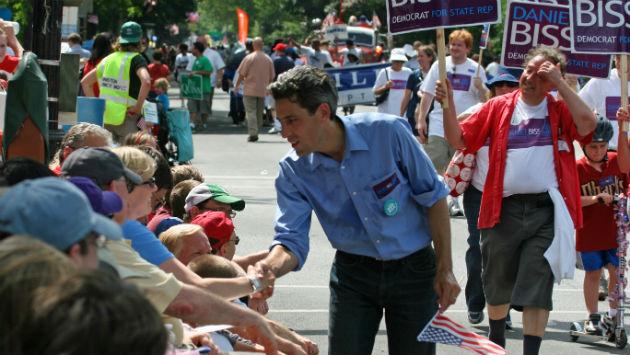 State Sen. Daniel Biss (D-Evanston) is may be shaking hands more eagerly than usual at Saturday's Evanston Fourth of July parade — he's planning to make a run next year to become state comptroller.

In a fundraising email to supporters today Biss said he believes the comptroller's job "would be the best place for me to weigh in on our fiscal debates and steer us toward real solutions that don't use our budget challenges as an excuse to punish the most vunerable."

Biss, a former University of Chicago math professor. was elected to the state House in 2010 and to the state Senate in 2012 with over 66 percent of the vote.

Biss, who says the state now is "hurtling toward a likely government shutdown for no clear reason" with Gov. Rauner continuing "to insist on a radical ideological agenda."

If he wins next year he would succeed Rauner's appointee to the comptroller's job, former cosmetics industry executive Leslie Geissler Munger, who replaced Judy BaarTopinka, who died shortly after being re-elected to the office.