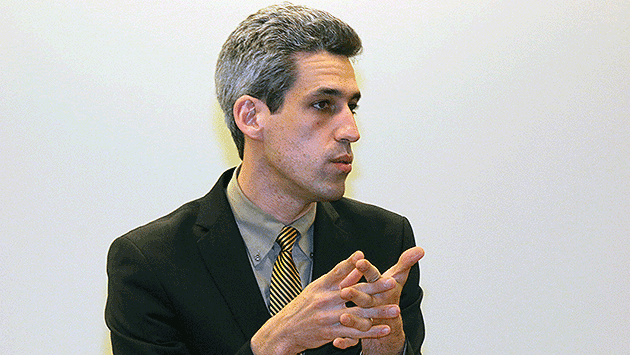 Legislation being filed this week in Springfield sponsored by Sen. Daniel Biss (D-Evanston) would automatically register to vote any Illinois resident with a valid driver's license or state-issued ID.

“Voting is a constitutionally protected right and civic duty,” Biss said in a statement. “While some states are making it more difficult for voters to exercise that right, this legislation will empower Illinoisans and encourage a truly representative democracy in Illinois.”

A co-sponsor of the bill, Sen. Andy Manar (D-Bunker Hill), said the proposal would streamline and simplify voter registration and make the process more efficient for taxpayers.

The proposal, contained in Senate Bill 2134, reforms current registration laws so whenever someone applies for, updates or renews a license or state ID they will be automatically registered to vote in their local jurisdiction.

Today in order to register, voters must complete a separate form that contains the same information as Department of Motor Vehicles paperwork or register through traditional means with a local election authority.

“There is no need for duplicative paperwork in order to allow citizens access to the basic democratic process of voting,” Manar said.

The new plan allows people to opt out of the automatic registration and does not apply to the Temporary Visitor Driver’s License for undocumented immigrants.

Under current law, applicants must provide: two documents proving residence and documents listing their signature, date of birth and Social Security number to the Secretary of State in order to apply for a driver’s license. Voter registration only requires two forms of ID, neither of which need to be proof of residency.

Oregon enacted a similar law this spring, and similar proposals are being debated in California and New Jersey.

Illinois has 7.5 million registered voters, or about 75 percent of its 9.9 million residents of legal voting age.