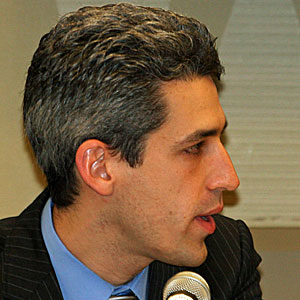 The Illinois Senate Tuesday approved a resolution co-sponsored by Sen. Daniel Biss (D-Evanston) to form an advisory committee to come up with a new model for funding education in the state.

He described how the current process works:

"The funding process is so absurdly illogical that we might as well be sending school districts completely random amounts of money," Biss added.

He says two-thirds of Illinois school districts engaged in deficit spending this year and that the schools have to rely too heavily on local property taxes.

"Our constitution gives the state primary responsibility for financing public education, but Illinois is last in the nation in the percentage of funding schools actually receive from the state," Biss said.

He said he hopes that, if the advisory committee proposal is also approved by the state House that the panel will come up with recommendations for a more equitable system that will ultimately win approval from lawmakers.