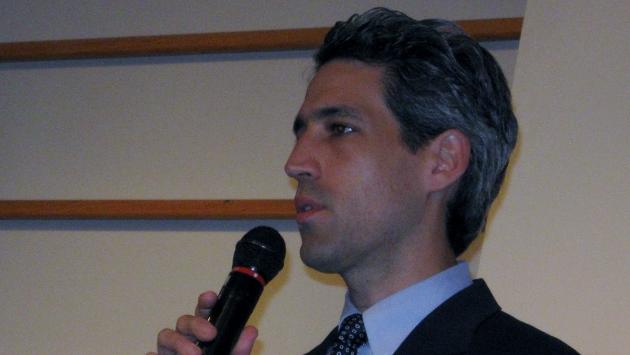 Evanston legislator Daniel Biss predicted Wednesday night that the conference committee of which he is a member will emerge with a new bill that blends the features of the two that the Illinois General Assembly could not agree upon to help solve the state’s pension financing problem.

Each house has passed a pension reform bill, but neither has been accepted by the other. As a result, a conference committee consisting of five members (three Democrats and two Republicans) from each house has been created to reach a compromise.

The committee is holding its first public hearing at 11 a.m. Thursday at the Bilandic Building in Chicago. Sen. Biss, a Democrat, was appointed by Senate President John Cullerton to be a member of the committee.

Biss, who voted against the Senate version but in favor of the House version, said that neither plan has sufficient support to win enactment.

“Our job is to create something else,” he said, adding that “inaction is completely unacceptable.”

The concern of school districts that a significant portion of teacher pension costs will be shifted from the state to individual districts is unlikely to be a feature of the compromise bill, he predicted, although he said it does not make good policy sense that the state should be subsidizing wealthy districts more than low-income districts.

Whatever form pension legislation ultimately takes, however, is likely to be challenged in the courts, Biss predicted. 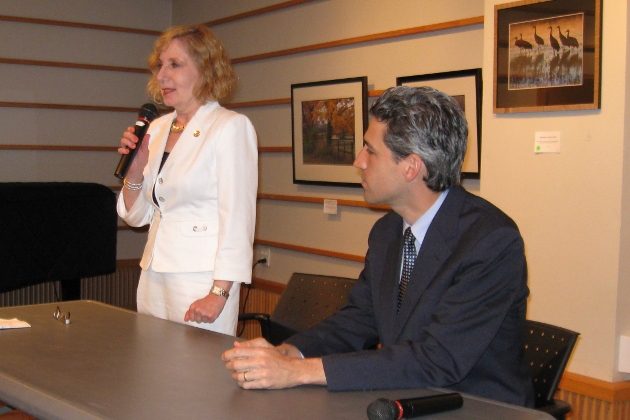 The senator appeared with State Rep. Robyn Gabel of the 18th District, which includes a substantial portion of Evanston, at a town hall meeting at the Wilmette Public Library that was attended by about 50 persons Wednesday night.

Gabel, who chairs the Human Services Committee, said this should be a “good year” for health care, as Illinois participates in the national Affordable Care Act, more popularly known as Obamacare. She estimated that more than 300,000 more Illinoisans will become eligible for Medicaid, many of whom will receive professional health care for the first time.

Both legislators said they were pleased with the new state budget that takes effect next week, with revenues that were bolstered by investors who took stock profits last year, upon which they were taxed.

Gabel noted that administrative expenses were cut by 2.5 percent, resulting in “fewer workers in Springfield.”

She contended that the average state has 76 state employees per 10,000 residents, compared to Illinois, which has 55 workers per 10,000. 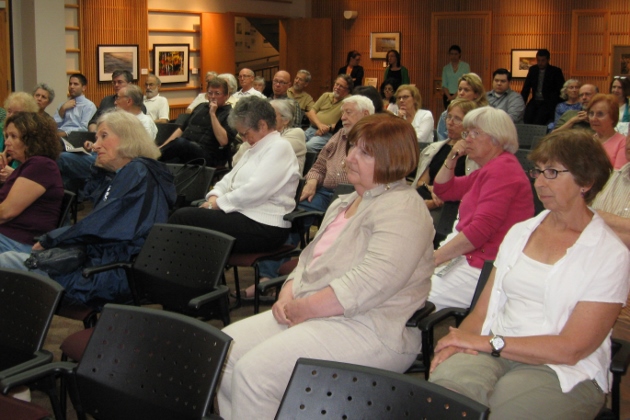 Some 50 persons attended the town meeting at the Wilmette Public Library.

She reviewed several bills that she either sponsored or supported, including the Lake Michigan Wind Energy Act and legislation to legalize same-sex marriage in Illinois, which passed in the Senate but not in the House.

“Both of us were heartbroken that we could not get a (same-sex marriage) bill passed,” said Biss.

Gabel said she voted against the Illinois Hydraulic Fracturing Regulatory Act, which establishes regulations to allow fracking in Illinois. She had supported a moratorium bill that would have held the issue in abeyance, pending the release of a federal report on the impact of fracking.

Other legislation that passed and is awaiting the governor’s signature, she said, are the Compassionate Use of Medical Cannabis Pilot Program Act and the Tanning Facility Bill, which prohibits the use of tanning facilities by persons under the age of 18. 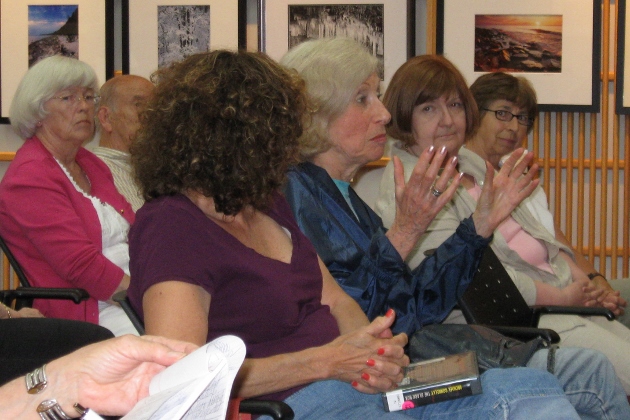 During the question period after their presentations, one attendee delivered an impassioned plea for the legislature to enact legislation that would require the labeling of genetically modified foods, a measure both indicated they would support but that would be unlikely to be enacted in Illinois, due to pressure from powerful agricultural interests.

The meeting ended with a statement from one of the attendees, in reference to pension reform, that “we all know that we all have to be part of the solution.”