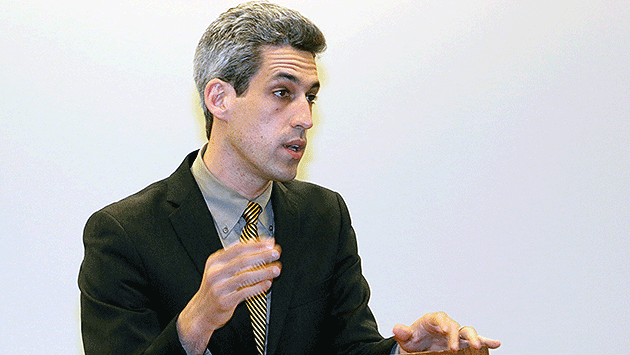 State Sen. Daniel Biss (D-Evanston) says that with a May 1 deadline looming to put a graduated income tax referendum on the fall election ballot, prospects for that reform look doubtful.

At a town hall meeting at the Evanston Public Library Monday night, Biss said that he is "a very strong supporter" of amending the state constitution to permit the graduated tax.

But the amendment referendum would require super-majorities in both houses of the legislature to place on the ballot, and even if it wins those, "it will be difficult to get it to pass in a referendum."

Biss says that if the legislature does nothing, and the temporary state income tax rate of 5 percent is allowed to drop back to 3.75 percent next January, it would require $2 billion in cuts to state programs like education, human services and public safety to balance the budget for the new fiscal year that starts in July.

That, in effect, turns the governor's race into a referendum on tax policy, Biss said. And it makes it difficult for the legislature to come up with a spending plan for the coming year as it's required to do by the end of May. 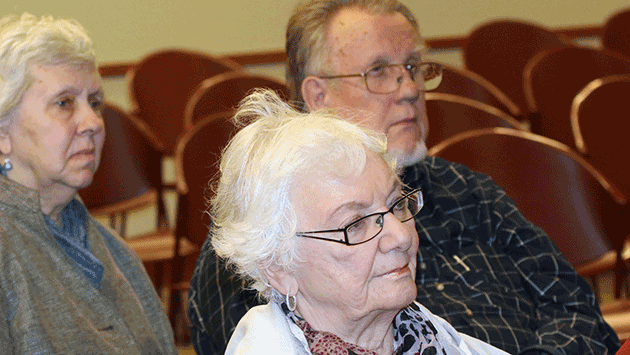 Some of the roughly 40 people who turned out for the town hall event.

But Biss said that while the state continues to face serious financial issues, "it's not an intractible mountain of sad."

He said the state has managed to reduce its backlog of unpaid bills and that state revenues are up.

'We're on a path," Biss said, referring to Medicaid reforms two years ago and pension reforms last year, "It's not been a fun path. But all these giant holes can be dug out of."